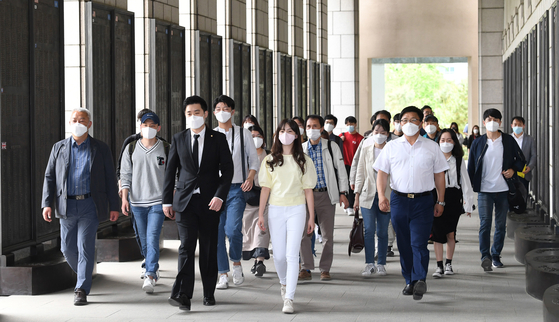 Members of the 1950-53 Korean War People’s Supporters movement making their way to a launch ceremony after paying tribute to the fallen at the War Memorial of Korea in Yongsan District, central Seoul, on Thursday. The People’s Supporters movement is a government-sponsored program composed of 70 members — including university students, professionals and foreigners — who report on and promote national ceremonies commemorating the 70th anniversary of the outbreak of the Korean War. [NEWS1]