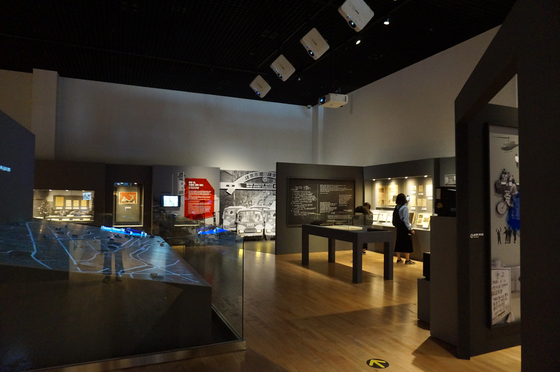 A special exhibition dedicated to the 40th anniversary of the May 18 movement in Gwangju is open through Oct. 31 at National Museum of Korean Contemporary History in central Seoul. [ESTHER CHUNG]

“The atmosphere is so tense that even the sound of our breathing is getting on each other’s nerves,” wrote Kim Hyun-kyung in her diary dated May 23, 1980, while she was staging a sit-in at the South Jeolla Provincial Government’s former building in Gwangju.

Kim was a third-year student at Chonnam National University at the time and among dozens of other students and civilians gathered at the building to protest Chun Doo Hwan’s seizure of power in a military coup five months earlier.

Kim survived to tell her tale of the May 18 movement 40 years ago.

Many others did not.

A special exhibition launched last week at the National Museum of Korean Contemporary History in central Seoul is hoping to bring more of their stories to light.

“This is the first time that a large-scale exhibition on the May 18 movement is being held in Seoul,” said Chu Chin-oh, director of the museum, at the opening ceremony of the exhibition on Tuesday. “It is our hope that the exhibition will bring the May 18 Democratization Movement closer to the people and remind them that what happened in Gwangju was not a regional event. It was a national one.”

The movement was probably the most important milestone in Korea’s struggle for democracy in decades past but still remains subject to intense dispute over its significance between opposing ideological sides in the country.

The May 18 movement, also called May 18 Democratic Uprising by Unesco or the May 18 Gwangju Democratization Movement, took place from May 18 to 27, 1980, when thousands of citizens joined a public uprising in the southwestern city of Gwangju to protest Chun Doo Hwan’s seizure of power in a military coup five months earlier. Chun’s military junta deployed troops to the city in a brutal crackdown.

The violent nature of the event was the spark of a struggle for democracy that ultimately culminated in nationwide protests in June 1987 and gave birth to Korea’s current democratic system.


"...what happened in Gwangju was not a regional event. It was a national one.” - Chu Chin-oh, director of the National Museum of Korean Contemporary History

Open through Oct. 31, the exhibition, “May, When the Day Comes Again,” includes written and verbal accounts of what took place from May 18 to 27 in Gwangju, from the perspectives of both the government and ordinary citizens.

Some items on display have been added to Unesco’s Memory of the World Programme.

“Items registered by Unesco that are being displayed publicly for the first time are the original copies of written instructions for an emergency martial law decree and a short film in English the government produced in 1980 after the uprising, to put out a message to the world that ‘all is O.K.’ when it wasn’t,” an official of the National Archives of Korea told the Korea JoongAng Daily. 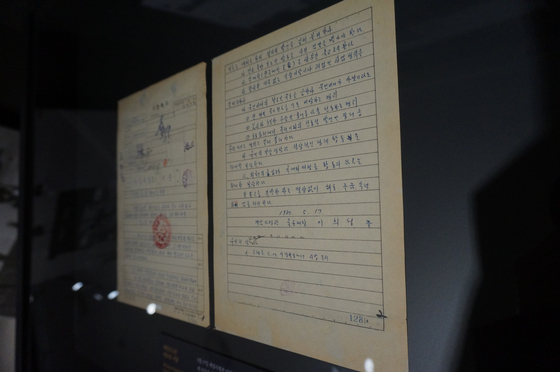 The original copy of the written instructions for an emergency martial law decree. [ESTHER CHUNG]

The exhibition pools together government records and witness accounts, including those by parents who lost their children during the protests, journalists who recalled mass shootings by troops on civilians and students like Kim who staged vigils at their schools and other buildings in the city for days. 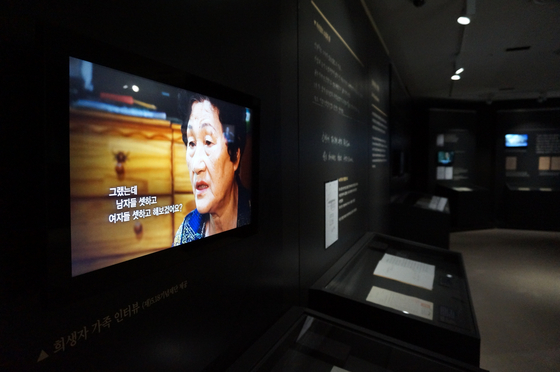 A visual and audio account by a mother who lost her son during the uprising. [ESTHER CHUNG]

It begins on the first floor of the museum, where government records and visual and audio witness accounts have been put together. It is designed so that visitors can examine the original copies of documents such as the martial law decree and hand-written notes from a martial law commander that requested protesters to return home voluntarily. Visitors can take in the timeline of events from May 18 to 27, listen to witness accounts of the events as well as to what top-level officials such as Defense Minister Yoon Sung-min and President Choi Kyu-hah have said publicly in response to the uprising. The first part is open only through June 7. 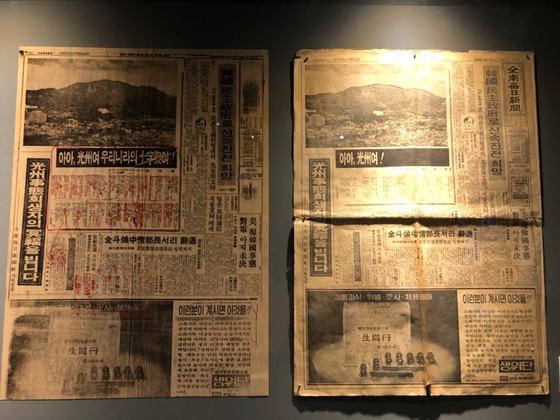 The exhibition continues on the third floor of the museum. Here visitors will find an exhibition in part dedicated to how the media reported the movement, especially on how local media was unable to run full-blown stories on the massacre and how the military crackdown on civilians was perceived abroad. Situated at the center of the space is a motion picture screen and map that details where in the city the uprisings and scuffles with the military took place from May 18 to 27. Items carried by protesters at the time of their arrest, such as a watch that stopped on May 27, 1980, are also on display. 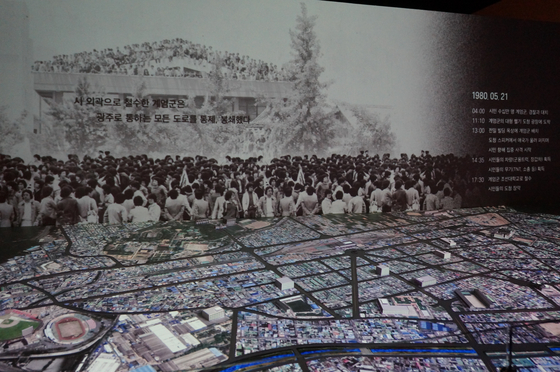 Located on the third floor of the museum, a motion picture screen and map show where in the city the civilian-military scuffles took place during the May 18 movement in 1980. [ESTHER CHUNG]

The records and accounts were provided by the May 18 Memorial Foundation, 518 Archives, the May 18 Institute of Chonnam National University and the National Archives of Korea.