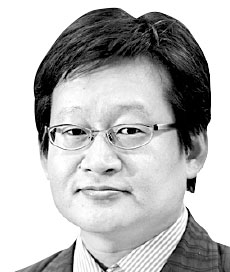 Suh Kyoung-ho
The author is a business news editor of the JoongAng Ilbo.

Rhee Chang-yong, director of IMF Asia and Pacific Department, advised against relying on cash relief. The interview with the JoongAng Ilbo last week was read by 1.5 million online and drew over 5,000 comments, a rare heated response to a business news piece.

People may have become drawn to the theme as the online sign-up for universal virus relief grants started and confusion reigned. The social polarization between the liberals and conservatives, or supporters and critics to the Moon Jae-in government, also could have played a part in the heated reaction to the interview.

Overall, Rhee gave high scores to Korea for its quarantine and economic policy responses to the virus outbreak. He advised greater spending on social welfare. After the interview, he stressed that Korea’s fiscal spending inevitably would have to increase. But he advised against reckless spending as expansion could affect the currency value, not to mention trigger other side effects. He gave sane advice during the economic crisis — increase fiscal spending, yet use it wisely through good planning and prioritization.

In its latest edition, The Economist featured a drastic surge in government spending to cope with the fallouts from the Covid-19. Governments around the world are spending colossal amounts of money to contain the virus and minimize economic fallout. But they could face grave consequences. The journal projected that the U.S. fiscal deficit would stretch to 15 percent of GDP this year. The IMF estimated that the combined debt of the advanced economies could soar to $66 trillion by the year-end, a $6 trillion increase from a year ago. Their average debt ratio against GDP was also projected to jump from 105 percent to 122 percent, the highest since the 2008-2009 financial crisis. The debt financing will surely burden the developed economies over the next 10 years.

The United States has the luxury to print its currency to protect itself from the fiscal cliff. But other countries like Italy are not so lucky. Korea was not mentioned in the cover story, but it cannot expect the protection of a reserve currency. Reducing the fiscal deficit is as difficult as swallowing a poisonous pill. It will be challenging to maintain current public services when pension and medical insurance costs increase due to Korea’s rapid aging. The Economist warned governments to prepare. However, no politician would dare to confront such tough challenges.


Considering future belt-tightening, the Korean government must spend wisely and efficiently. Korea is not safe just because its fiscal state is in relatively good shape. In a recent seminar hosted by the ruling Democratic Party, Lee Ho-seung, senior presidential secretary for economic affairs, stressed the need for “increasing government debts to ensure fiscal integrity.” He should have said it would be cost-efficient to issue debt when rates are low.

But the economy does not turn around that easily. Debt is less burdensome when interest rates and inflation are subdued. But the future could be different. If demand soars after the virus dies down, while the supply chain remains disrupted, inflation could shoot up. The likelihood does not seem plausible for now but nevertheless should be considered by the liberal government.

As of Monday, 8.9 trillion won ($7.3 billion) worth of relief funds have been paid out to 14.26 million households, or 65.7 percent of adults. The higher-income earners are voluntarily giving up their share. The president, deputy prime minister for the economy and other politicians have donated their grants. Civil servants and well-paid employees of large companies are under pressure to join the move.

If Koreans have doubts about using the cash, I would advise them to spend it to help the economy. Donation can help the employment insurance fund, but the country will lose a great chance to help the struggling self-employed and mom-and-pop stores across the country. It is not easy to determine what merchants and small businesses are worthy of saving in times of trouble. But at least we can help our politicians to think twice before promising free giveaways in the future.