Rep. Park Byeong-seug of the ruling Democratic Party (DP) will become the new speaker of the upcoming National Assembly. 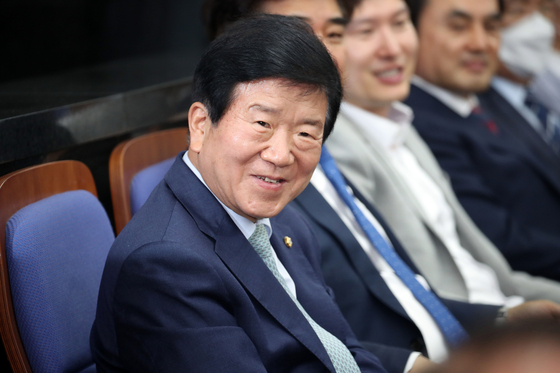 Park, a 68-year-old politician who won his sixth legislative victory last month, registered his bid for the National Assembly speaker as a sole candidate of the ruling party, effectively securing the post. A lawmaker representing Daejeon’s Seo District, Park is the longest-serving legislator in the National Assembly.

The DP, which will control 177 seats in the 300-member National Assembly, originally planned to hold an internal primary to nominate its candidate for a speaker election. While the National Assembly Act says the speaker is elected through a secret vote of the lawmakers, a nominee from the largest party has traditionally served the post.

Rep. Kim Jin-pyo of the DP, who scored his fifth victory last month, was considering running against Park in the primary but announced Wednesday that he won’t. As no rivals registered their candidacies, Park effectively got the post. He will serve as the speaker for two years.

A former journalist of the JoongAng Ilbo, Park started his political career in 1999 by joining the political party of President Kim Dae-jung as a spokesman. He served as a deputy Seoul mayor during the tenure of Goh Kun in 1999. He won his first legislative victory in 2000 and was re-elected six times in Daejeon.

It is Park’s third attempt to win the National Assembly speaker primary of the DP. In 2016, he was ranked third in the primary, and in 2018, he was ranked second.

In 2012, he served as a deputy speaker of the National Assembly for two years.

After he formally assumes the post, Park will surrender his DP membership according to the National Assembly Act that requires the speaker to remain independent.

The National Assembly will also elect two deputy speakers — traditionally one from the ruling party and another from the opposition. The DP is expected to nominate Rep. Kim Sang-hee, who won her fourth legislative victory last month.

After she registered her candidacy on Tuesday, other DP lawmakers withdrew their bids. 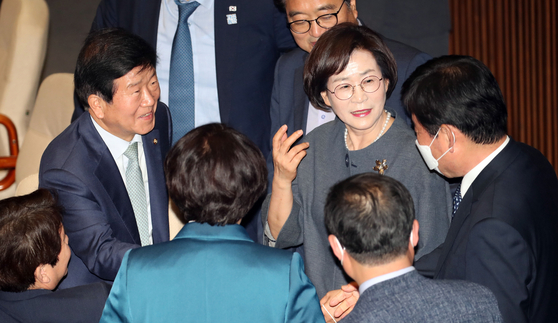 The National Assembly is scheduled to elect the speaker and the deputy speakers by June 5. It is scheduled to complete the elections of standing committee chairmen by June 8.