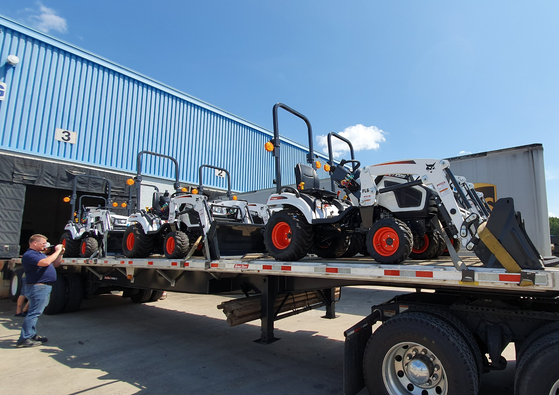 
Doosan Bobcat will provide collateral and guarantee the debt of Clark Equipment, its wholly-owned subsidiary based in the United States, the construction equipment maker said in a regulatory filing Thursday.


Clark Equipment, a manufacturer and distributor of industrial, construction and rural equipment, will raise $300 million in corporate bonds with a maturity of five years.

The corporate bonds will be issued to both public and institutional investors.

“We reached the decision because the coronavirus [outbreak] in the United States could be prolonged,” said Kim Jin-ho, a spokesperson for Doosan Bobcat. “Many companies issued corporate bonds in April in response to the coronavirus. Our recent decision can be seen as an extension of that.”

Moody's cited a slowdown in profits and increased debt that could raise Doosan Bobcat’s leverage ratio over the next 12 to 18 months.

Its net profit shrank 53 percent during the same period to $28 million.