The Seoul Eastern District Court convicted Yoo of taking bribes from four executives of financial companies when he worked at the Financial Services Commission (FSC) from 2010 to 2018.

Following the sentencing, Yoo was released. 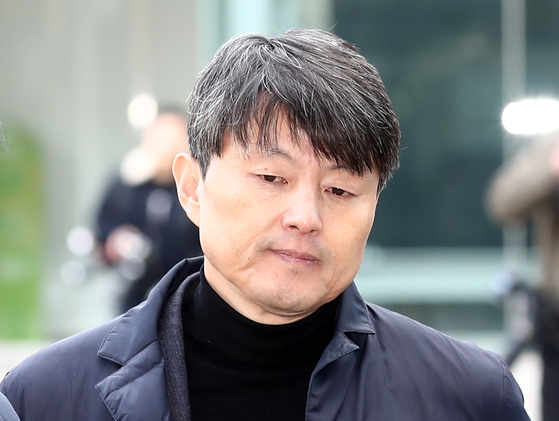 Yoo had been in detention since November 2019. The prosecution indicted him the following month on charges of taking bribes in various forms such as gifts of golf clubs and airline tickets.

Yoo joined the FSC in 2008 and served in various posts until he was appointed vice mayor of Busan in July 2018. He resigned from that post in November 2019.

During his trial, Yoo argued that the financial company workers were his friends and he gave no favors in return for their gifts.

The FSC has oversight over financial companies, and Yoo was in a position to directly and indirectly influence FSC officials who oversee those firms, the court said.

The prosecution asked the court to send Yoo to prison for five years, calling him a “classic example of a venal official.”

It remains to be seen if the ruling will affect a separate but related trial currently ongoing at the Seoul Central District Court.

Former Justice Minister Cho Kuk and two other former presidential aides, Baek Won-woo and Park Hyoung-chul, are standing trial for alleged abuse of power in 2017 to shut down an investigation into Yoo’s suspected corruptions. At the time, Cho was the senior civil affairs secretary of the Moon Jae-in Blue House and the boss of Baek and Park.