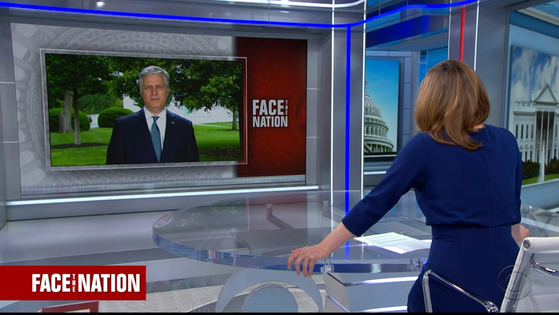 “Ultimately, the North Koreans [...] if they want to have a great economy — and we hope they do — they’re going to have to give up their nuclear program,” O’Brien told U.S. broadcaster CBS. “So we’ll keep talking to the North Koreans, and we’ll monitor what’s happening with Kim Jong-un.”

Noting that Washington continues to track developments in the regime through both public sources and intelligence operations, O’Brien said a U.S. response would be “calibrated accordingly.”

The remark comes after Kim led discussions at the ruling Workers’ Party Central Military Commission on policies to fortify the regime’s “nuclear war deterrence,” according to North Korean state media on Sunday.

The meeting also covered “crucial measures for considerably increasing the firepower strike ability of the artillery pieces of the Korean People's Army,” likely in reference to a handful of new conventional weapons unveiled by the regime through a string of high-profile tests that began last year.

Military officials in Seoul believe the North's motive is to escalate the threat it poses to South Korea with its artillery units, which are already deemed capable of dealing immense damage to the South’s border regions with a range that includes Seoul.

The KN-23, known to be a domestic variant of the Soviet-made Iskander missile system, the 400-millimeter and 600-millimeter “super-large” rocket launchers and a tactical missile launching system comparable to the U.S. Atacms are all believed to be novel weapons designed to strengthen the regime’s increasingly obsolete artillery.

The North did not offer details regarding its vague reference to “nuclear war deterrence,” and some have speculated that it would entail a renewed development on nuclear arms. But experts in Seoul said the main focus for the regime at the moment appears to be on the operational deployment of its new conventional weapons.

“Within the category of strategic weapons we can include SLBMs [submarine-launched ballistic missiles] and ICBMs [intercontinental ballistic missiles], but right now the weight seems to be put on deploying the four new conventional weapons systems to the front,” said Yang Moo-jin, a professor at the Institute for Far East Studies.

“[The comments on] bolstering nuclear deterrence appears to be aimed at sending a message of pressure towards the United States rather than presaging action.” 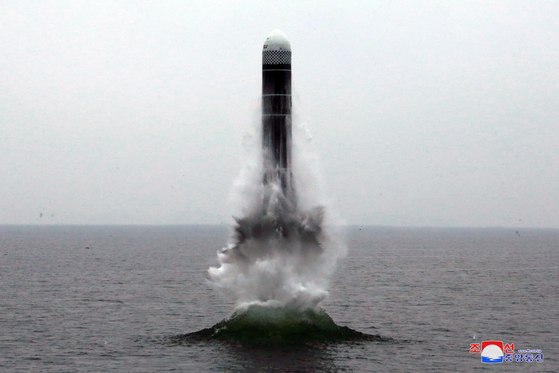 
The Ministry of Unification, South Korea’s top inter-Korean body, appeared to concur with that analysis on Monday, noting in a press briefing that the North’s reference to nuclear deterrence at its security meeting largely served as a “reconfirmation” of a preexisting policy laid out at a party plenary meeting last year.

Another candidate that could fit the bill is the regime’s new 3,000-ton submarine, capable of carrying and launching its Pukguksong-3 SLBM, which the country test-fired from the waters off its eastern coast in October.

Analysts have long held that the missile, which has an estimated range of around 1,900 kilometers (1,180 miles), could be aimed at the continental United States if launched offshore from a ballistic submarine like the one Pyongyang is building. Not much is known about the vessel, other than photos of the submarine the North's state media released in July last year. But observers in South Korea and the United States predict it may be close to deployment.

Perhaps in preparation for such evolving threats, the Pentagon confirmed in February it had deployed a new low-yield nuclear warhead — the W76-2 — on at least one strategic submarine to deter threats from adversaries like North Korea.

Is Seoul any safer than Paris?