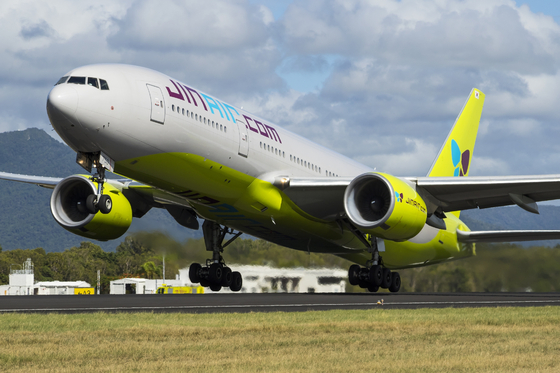 The announcement arrived two months after the budget carrier halted its entire operation of regular international routes in April as demand plummeted due to the coronavirus pandemic.

Since April, Jin Air, 60 percent owned by Hanjin KAL, has flown eight irregular flights in total to Cebu in the Philippines, Hanoi in Vietnam and Kota Kinabalu and Johor Bahru in Malaysia.

The resumed routes will include Bangkok, Taipei and Hanoi. Jin Air will fly to these destinations once or twice a week, carrying passengers and cargo.

The destinations were selected based on demand from residents living or studying abroad and the likelihood of business trips, according to Jin Air. Popular cargo routes were also considered, as the airline also transports cargo on passenger planes.

The low-cost carrier operated 31 international routes before the coronavirus outbreak.

Jin Air will not charge a rescheduling fee and will offer refunds on tickets for these flights to anybody that has been confirmed to be a coronavirus patient. The exception will not be made for those who simply change their mind, according to Jin Air.


“[Jin Air] plans to decide on adding more international routes after consistently reviewing the market for each route,” said Jin Air in a statement.