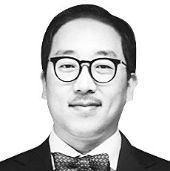 Jeong Joo-hwan
The author is a tour guide and CEO of Plan B.

I had been working as a tour guide in Barcelona, Spain, since 2012. The job wasn’t as romantic as I imagined, but still worth sticking with till the coronavirus pandemic hit the world. My clients were always full of so much hope and anticipation, and my workplace, forever a vibrant city under a clear-blue sky.

I thought I’d be able to keep my job as long as Antoni Gaudi’s buildings didn’t evaporate all of a sudden one morning, Lionel Messi kept playing football and Spain’s warm sunlight continuously streamed through my windows. Then Covid-19 came. It was Jan. 20 when Korea recorded its first patient.

Completely unaware of the grim future that was in store for me, I opened a second office in Seoul on Feb. 1 after months of planning. I was eager to expand my business, to offer tour consultations to local travelers interested in Spain and hold various events. I thought I could gain some fortune from more bookings and through word-of-mouth, perhaps buy a new car at the end of the year.

My first two weeks went smoothly. Customers came by and I consulted with them wearing a face mask. But that was the last I’d see of them. They mostly canceled their reservations. It’s common for tour guides to have peak seasons and low seasons throughout the year, but I never saw anything like that in the nine years I worked in the industry. I quickly had to find an alternative because I wasn’t earning any money and had to pay my bills. I chose to give 50 percent discounts for advance bookings — and offer full refunds in case the customers decide not to go on the trip — but still nobody showed up.

Coronavirus infections soon began to spike in Italy, and then in Spain, and Spain began banning the entry of foreigners and imposed lockdowns. Nowadays, the country is gradually lifting its lockdown measures as cases drop, and shops are reopening one by one as well. Madrid and Barcelona emerged from their lockdowns on May 25.

In the aftermath of the Covid-19 pandemic, the Korean government offered low-interest loans to small business owners and the self-employed, but I could not afford taking another loan because I had already taken out a lot late last year to move to a new house. That’s how I began a side business in taking photos.

There was controversy about the Korean government’s Covid-19 relief payment and who should receive how much, but personally, I was so financially desperate that even 100,000 won ($81) felt like a life saver. I could not afford the luxury of scrutinizing the government’s welfare policy.

After paying my bills and other fixed costs, I canceled my housing subscription savings account — which was the last remaining cash asset that I had — and used that money as collateral for another loan. After just two months, I shut down my Seoul office.

Tour guides seem to be off the table when government officials discuss financial benefits for the hardest hit business sectors. The word “travel” has become some sort of a taboo in our society. Frankly speaking, it’s true that tourism is a source of entertainment that has nothing to do with people’s livelihoods, and it’s a type of extravagant pastime that’s ignored at times of crises like today.

The tourism industry was the first to be hit by the staggering economic toll of the coronavirus, yet it will be the last to revive to its pre-Covid-19 status. And who knows when things will return to normal in Spain?

At least one silver lining I witnessed during this difficult time was the widening of people’s perspectives. When school openings were delayed, people were concerned about double-income families and single-parent households. When graduation and admissions ceremonies were canceled, people went to their nearest flower shops and bought flowers to help struggling florists and flower farmers. I as well purchased agricultural produce and flowers.

I hope people’s kind gestures extend to the tourism industry one day in the near future. And when that day comes, I hope people consider small tour agencies and freelance tour guides who are nervously waiting for their turns to serve customers at the back of the line.

When I used to take my clients to Barcelona’s emblematic Sagrada Familia, I often told them, “Let’s meet again when the church is finished in 2026.”

I now wonder, will I ever be able to keep this promise?