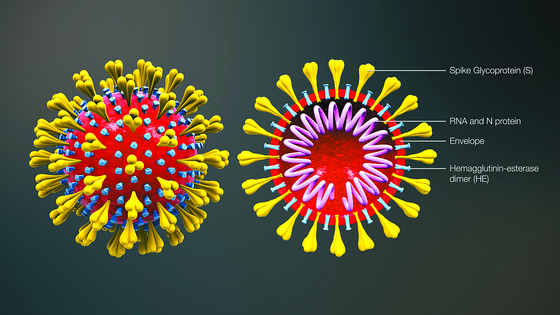 BY KANG KI-HEON
The author is an industrial 1 team reporter of the JoongAng Ilbo.


In May 1980, the World Health Assembly “declares solemnly that the world and all its people have won freedom from small pox … calls this unprecedented achievement in the history of public health to the attention of all nations, which by their collective action have freed mankind of this ancient scourge and, an in doing so, have demonstrated how nations working together in a common cause may further human progress.”

And it was the first and the last. A disease caused by a virus, which mankind declared to be eradicated, stopped at smallpox. It means that many viruses live with humans.

Meanwhile, the secrets of the strong transmissions of Covid-19 are slowly being unveiled. Researchers at the University of Texas analyzed the spike proteins of coronavirus and concluded that the virus sticks to human cells 20 times more than SARS.

With a new wave of spikes, Covid-19 is about to conquer the world in half a year. As of the end of May, Covid-19 cases have been confirmed in 214 countries. From the human point of view, Covid-19 is a simple and reckless organism living on human bodies.

The Korean Centers for Disease Control and Prevention Head Jung Eun-kyeong was right to call it a “very cruel virus.” But this is strictly from the human point of view. From the virus’s standpoint, there is no simpler, more effective, and cost-efficient survival strategy than thriving on humans.
In retrospect, humanity has always been at a disadvantage in a war against viruses. The enemy does not have a political confrontation or wealth gap. It is never easy to eradicate the enemy that only focuses on survival in any situation. That’s why humans are losing in the war against viruses despite scientific and technological advancements.

Can humans declare an eradication of Covid-19? If so, I want to propose the WHO hosts a contactless declaration ceremony via live broadcasting on smartphones. How about solemnly declaring the victory of social distancing as Covid-19 is eradicated?