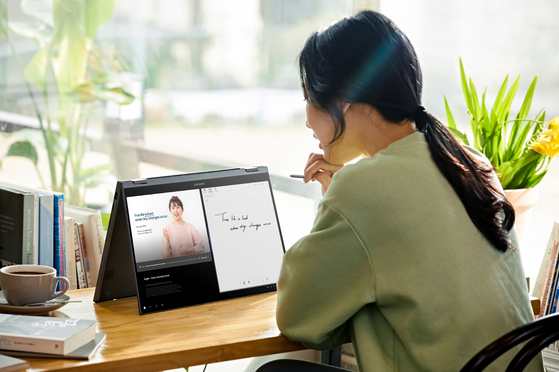 A model takes notes on Galaxy Book Flex Alpha with the S Pen while watching a video. [SAMSUNG ELECTRONICS]


As more people work from home and take online classes amid the coronavirus outbreak, the use of personal computers (PCs) has dramatically increased. Data show that they are spending more time on their PCs watching TV shows during their leisure time, especially sports shows.


The Korea Communications Commission (KCC) released a report on Tuesday which analyzed how the spread of Covid-19 from January to April affected TV-watching habits on smartphones and PCs. The report found that watching TV shows using smartphones and PCs increased by 23.3 percent and 67.3 percent, respectively, over the same period a year earlier.

Those in their 50s and teenagers who were not major PC users before the coronavirus crisis increased 196.8 percent and 134.2 percent, respectively. 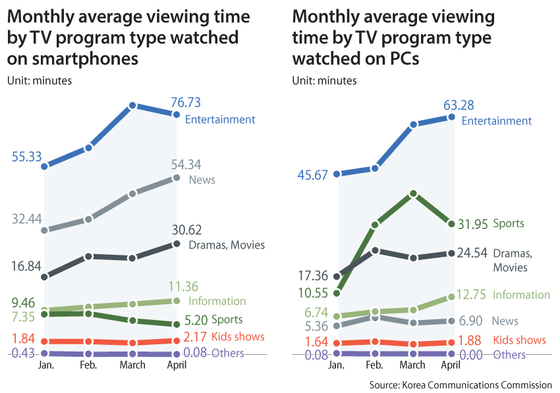 "People watching a lot of news on smartphones reflects the increased desire for information," the KCC wrote. "On the other hand, people watched more sports and entertainment programs with their PCs.”

Asiana Airlines offering its own suds onboard and at CU