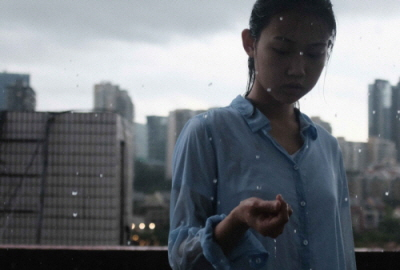 "Damp Season," by director Gao Ming, snapped up the Grand Prize in the International Competition at this year's Jeonju International Film Festival. [JIFF]

“While the world is still under the shadow of the pandemic, the bright light of film will give us warmth and strength,” director Gao Ming who received the news of his award prior to the ceremony said in a video message. “I hope theaters will reopen soon so that we’ll be able to enjoy movies on the big screen again.”

“We noticed many films had unique female-led narratives that broke the limits of female characters many actors played previously,” the jury members of the Korean Competition commented. “In addition, we want to encourage and send our support to the directors who decided to proceed with the unprecedented screenings at our festival [even] without any audience.”

The two Grand Prize winners of the Korean Competition, “Gull” and “Mom’s Song,” are each centered upon the narrative of their female characters.

In “Gull,” the film follows O-bok, a middle-aged woman who is a vendor at a street market and is sexually assaulted by Gi-taek, a fellow vendor and chairman of the redevelopment committee. The story focuses on her struggle to obtain her rights and protect her dignity.

“Mom’s Song” is an autobiographical story where director Shin films his divorced mother’s daily life. Told from the son’s perspective, the film reflects on the meaning of family.

In the Korean Competition, the Best Acting prize was given to actors Oh Jung-se and Yeom Hye-ran from “Dispatch: I Don’t Fire Myself” and “Black Light.” Coincidentally, the two actors portrayed a couple in the hit KBS drama series “When the Camellia Blooms” last year.