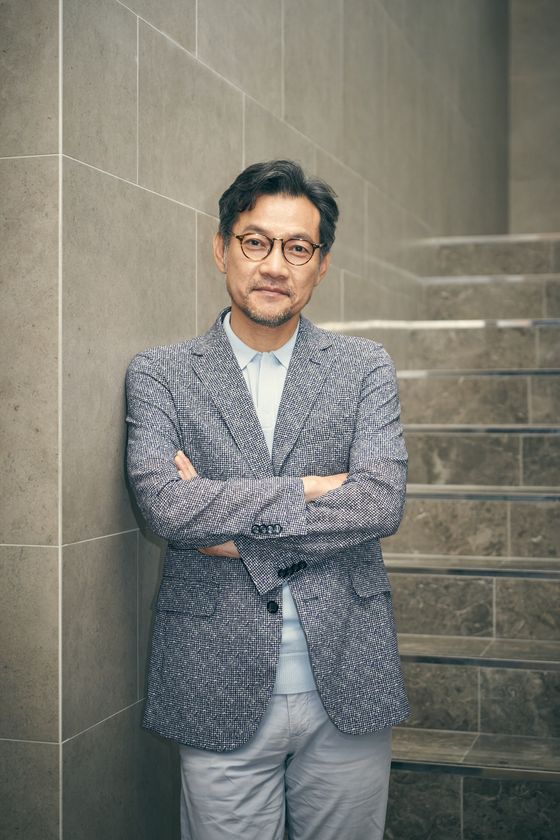 
After 33 years of acting, Jung has achieved his childhood dream of becoming a director with his first film “Me and Me."

“It’s strange, but I don’t feel tired at all,” Jung said during a June 12 interview at a cafe in Samcheong-dong, central Seoul. “When I did interviews as an actor, I was spent, and it was the same during production too. I only slept three hours — you know, taking care of things and we had to shoot everything within a limited time — so I was awake when staff were sleeping, but [they said] I always had this big smile plastered to my face. I must be really, really nervous.”

For Jung, an actor's relationship with the audience is completely different from that of a director.

“As an actor, I’m evaluated for my performance, but as a director, it’s not just about my directing style but there’s even a part of me reflected in the film that I’m not aware of,” Jung said. “[The audience] will get to know me, so I feel like I’m stripped naked here. Also, the staff and the actors all worked so hard to help me out, and the way that I can repay their kindness is through good reviews.”

Jung’s film takes the audience into the narrative of Hyung-gu, a police detective assigned to a case in which a young couple has been found dead, suffocated after a structure fire. Relying on his police instincts, Hyung-gu has a feeling that it’s not just a mere accident and begins questioning the townspeople.

In the midst of the investigation, however, Hyung-gu wakes up one day to find everything turned upside-down. All the people in town know him as a bachelor school teacher, and his wife and two children no longer exist. Hyung-gu struggles to cope with a new reality. 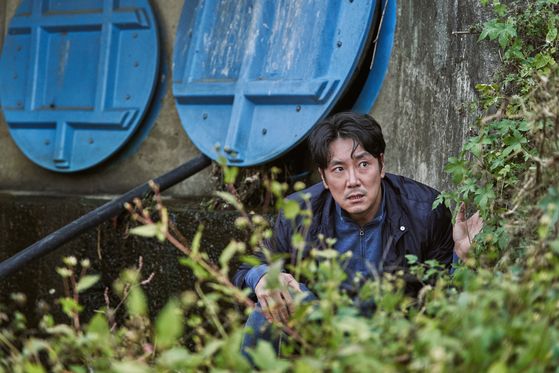 Hyung-gu (played by Cho Jin-woong) has a hard time accepting the fact that he is no longer a police detective but a school teacher. "Me and Me" premieres in local theaters on Thursday. [ACEMAKER MOVIEWORKS] 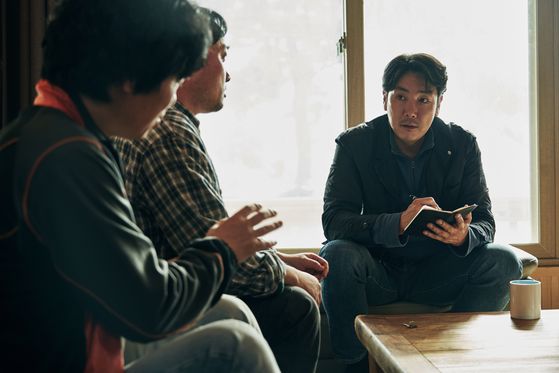 Hyung-gu roams around the town questioning people, thinking that there's more to a case in which a young couple died in a fire. [ACEMAKER MOVIEWORKS]


The rookie director said it took courage to write and direct the film, which was inspired by the works of director Hong Sang-soo and Zhang Lu.


“It began when I had just finished up a drama series, four years ago,” Jung reminisced. “I was taking a break, and my son was in his final year of high school. That’s when I realized he was all grown up, and until that time I was focused on being the breadwinner of the family. After that pressure was lifted from my shoulders, I wanted to try out something new, and first it started with independent films.

“Right around that time, director Hong Sang-soo and Zhang Lu’s scripts came to me — perfectly timed although I wasn't acquainted with them and hadn't had a chance to work with them before,” Jung said. “There was one independent film that was supposed to go into production, but didn’t make it because the production company couldn’t create a sufficient budget. My schedules were cleared out for the next two months, and I began writing the script after seeing their films. I guess I was inspired by how their films are narrative-based rather than relying on big budgets, and I wanted to try creating a story that I’d dreamt about when I was young.”

However, Jung threw out what he wrote during that break.

“[The story] and the dialogue were very conventional,” Jung said. “I was surprised because I thought I wasn’t like that, but I was also domesticated by the customs and norms after being in this business for so long.”

The script for “Me and Me” is the product of his second attempt, a story about the collision between how others see the central character and how he sees himself. 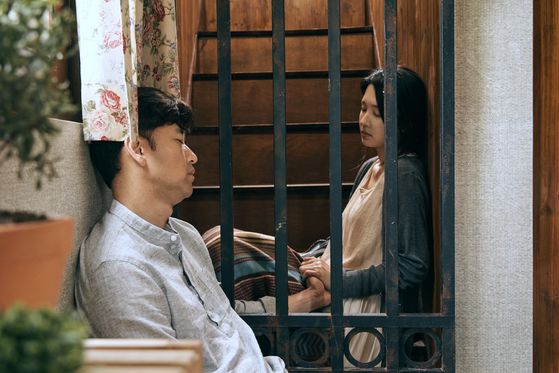 The young couple (played by Bae Soo-bin, left, and Cha Su-yeon) are new to the town, but the villagers soon find out a secret which leads to a town meeting about letting the couple stay in the town. [ACEMAKER MOVIEWORKS]


“Don’t we all have those kinds of moments?” Jung said. “We tend to think more about how others would see me, and pursue things that others would think would make me happy, rather than doing things that I would truly be happy doing. Hyung-gu is the same. Sadly, he gives up almost too easily and quickly adjusts to the life given before him. It may be ironic, but I hope audiences can find solace from Hyung-gu’s actions, that they’re not alone.”


The director added that although he wasn’t against the conventional customs in filmmaking, he wanted his story to avoid being trapped by conventions or easily definable under one genre.

“If it was any other story, maybe I wouldn’t have approached it this way,” Jung said. “But this story is something absurd, nonsensical yet magical. It happens without any logic or reasoning — it just happens.”

When asked what type of review he was hoping for, or how satisfied he was with his first film, Jung shook his head.

“How the audience sees this film is up to them,” he answered. “I no longer have a say in this film anymore. I certainly hope they’ll like it, but I’m just as curious to find out their response.”

But the director added that he is prepared for criticism.

“I didn’t share the script with my acquaintances because this story is absurd and strange, and I thought that if I let others monitor it, they would tell me to fix it, but then it would become an entirely different story,” Jung said. “I only shared it with a few, and director Lee Joon-ik was one of them. He told me that it was a really good story, but he also warned me that I would be taking a risk because when made into a film, it was bound to have strongly positive and negative responses for its peculiarity. I wanted to create this story that wasn’t bound by what we were already familiar with, and for that I’m willing to take in negative responses or criticism as well.”