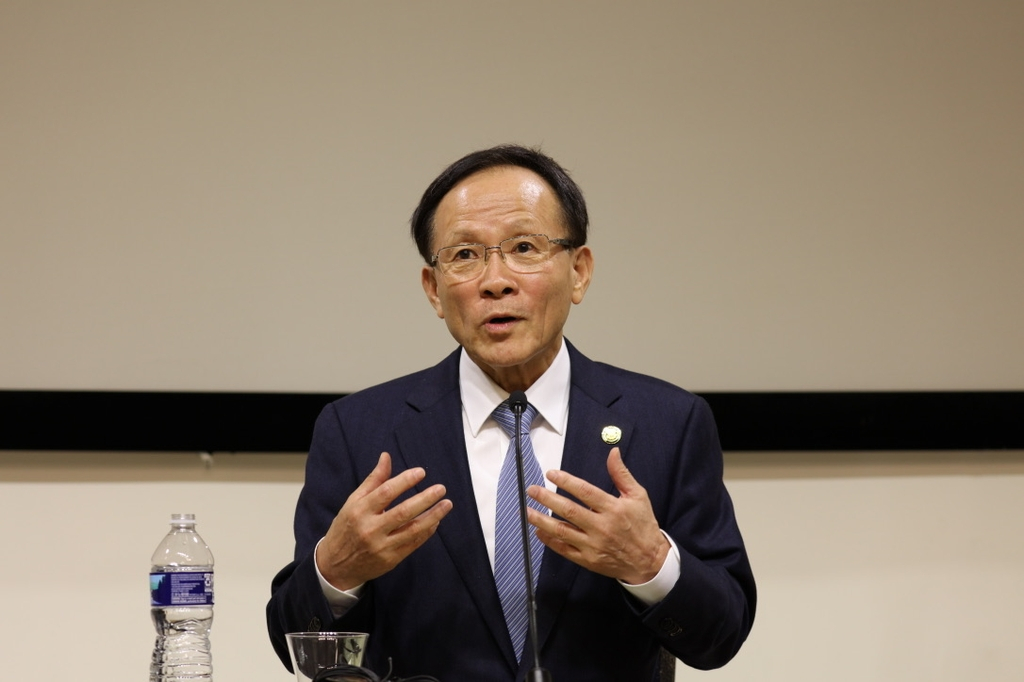 Korean Ambassador to the United States Lee Soo-hyuck said Wednesday that Seoul is now in a position to "choose" between Washington and Beijing amid escalating tensions between the two countries during the coronavirus pandemic.

Lee, speaking in a virtual press conference with correspondents in Washington, addressed concerns that Korea will be pressured to take sides amid the growing rivalry between its traditional ally, the United States, and largest economic partner, China.

“While some are concerned that we will be forced to choose between the United States and China, I hold pride that we are now a country that can choose rather than being forced to make a choice,” Lee said. “There is no need to trap ourselves in the self-fulfilling mindset that we will fall into a situation where we will need to make a choice of one or the other.”

Lee acknowledged that the Sino-U.S. rivalry will be of great significance in the new world order in the post-coronavirus era.

The United States and China, locked in an ongoing trade war, have sparred over who is to blame for the pandemic and also over a controversial new national security law for Hong Kong.

Noting Korea’s exemplary handling of the Covid-19 pandemic, Lee said the country has “matured to the point where it can actively lead amid the changing world order while strategically maximizing its national interests and status.”

Lee said that Korea will be able to “prudently resolve various issues in line with our national interests and expand our diplomatic sphere in major international issues based on democracy, civic participation, human rights and openness.”

U.S. President Donald Trump in a phone call with President Moon Jae-in Monday invited Korea to take part in an expanded summit of the leaders of the Group of Seven, or G7, major industrialized countries.

Ambassador Lee said that expanding the G7 by including Korea, Australia and India, as proposed by the United States, “reflects the changing paradigm in the world order.”

He continued, “If a G11 or G12 summit is realized, it will become an important opportunity in creating a new order in the post-coronavirus era."

Lee compared this to “an invitation to participate in the forming and maintaining of a new world order.”

The ambassador played down concerns that Washington’s interest in the Korean Peninsula has been reduced amid the pandemic or that the bilateral relations are rocky because of the difficulty in sealing a new defense cost-sharing agreement.

Lee added the two countries are in continued communication over those matters and that Seoul and Washington especially “have been holding meaningful discussions so that we can respond to any situation related to the North Korean nuclear and missile issue.”

He said that in additional to existing South Korea-U.S. teamwork, expanding cooperation in the area of public health is “a good opportunity to strengthen the alliance.”