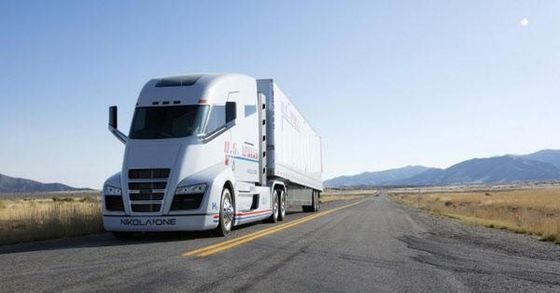 
Nikola Motor, a U.S. start-up that received investment from two Hanwha affiliates, debuted on the Nasdaq on Thursday, closing at $33.75, making its corporate valuation $12.2 billion.

Hanwha Energy and Hanwha General Chemical's combined stake in the hydrogen truck maker is now valued at $750 million after the listing, up 650 percent from its initial investment at $100 million back in 2018.

The stock price of the high-tech truck maker kept moving up the next day, closing at $35.97.


Hanwha is also the exclusive solar panel provider to the U.S. fuel cell company, generating the clean electricity needed for the use of renewable energy.

With the successful listing, Hanwha said that it is considering furthering its efforts to expand into the U.S. market.

“We see the listing as an opportunity for us to enter the hydrogen ecosystem in the United States,” said an anonymous source at Hanhwa in a statement.

Nikola CEO Trevor Milton celebrated the move as a step toward the so-called zero emission initiative drawn up by the company.