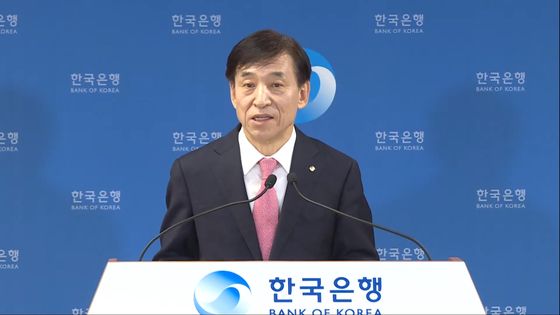 The Bank of Korea (BOK) will establish a team dedicated to digital innovation, including studying artificial intelligence and big data, in the latter half of this year in order to provide more precise economic data and forecasts.


The bank also plans to speed up the implementation process for the introduction of a central bank digital currency (CBDC) to more flexibly respond to rapidly-changing payment methods around the world.

The central bank, celebrating its 70th anniversary on June 12, released a 10-year strategy dubbed "BOK 2030" on Tuesday. The strategy ranges from expanding its economy policy tools and enhancing its research study to digitizing its organization and overhauling its personnel management system.

When responding to unprecedented economic setbacks caused by the coronavirus outbreak, the BOK said it acknowledged the lack of policy tools at the central bank to more swiftly resolve the situation. It also said there was not enough communication to tune policies with other government agencies. The bank pledged to fortify its role as the country's economic policy-making body by rolling out more studies and research.

In line with the global trend of transitioning payment methods online, the BOK said it would accelerate the process of creating the legal and technological base for implementing a CBDC in the future. Back in April, the bank said it would soon launch a pilot program for a CBDC as an increasing number of countries have started looking into adopting the system, including China, Japan and the United States.

"With internet and communications technology advancing rapidly recently, the BOK acknowledged the need to actively implement digitization in managing both economic policies and internal organization," the bank said.

"Utilizing cutting-edge technology like big data and artificial intelligence in research and operating financial markets will lead to great improvement in work efficiency and results."

To ensure the more effective operation of the organization, the bank said it would overhaul its personnel system. For example, it said it would reconsider a system where fourth or fifth-level civil servants have to rotate around departments so they can work for at least three years at a single department to enhance their expertise.

The BOK will newly appoint one of the current five deputy governors at the bank as chief digital strategy officer to oversee the activities of the newly created digital innovation team. BOK Gov. Lee Ju-yeol will then monitor the overall management of the body.