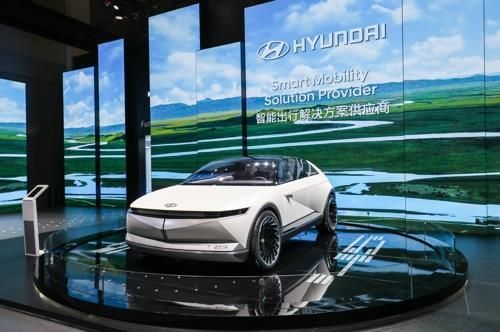 Hyundai Motor and its affiliate Kia Motors said Tuesday their combined electric vehicle (EV) sales jumped 58 percent in the January-May period from a year earlier on demand from Europe.


Hyundai and Kia sold 40,182 all-electric vehicles in the first five months, up from 25,454 units in the year-ago period, the companies said.

"Demand for EVs is on the rise in Europe as the European Union strengthens emissions standards. Korean carmakers will benefit from rising EV demand there and local governments' subsidies for EVs," a company spokesman said.

Hyundai plans to launch a large electrified model based on the EV concept 45, which was introduced at the Frankfurt Motor Show in September, and an all-new electric crossover and the electrified G80 sedan under its independent brand Genesis next year.

Kia is developing an electric vehicle under the project name of CV and plans to launch the second-generation Niro EV, the company said without elaborating.