Electric vehicles (EVs) have been an industry buzzword for the past couple of years, but most people don’t consider them a serious alternative to internal combustion engine cars because of their short range and the lack of infrastructure. Even for people who interested, there just haven't been that many options available.

This year, however, things will be different.

Before looking into what's to come this year, let's review how the EV market has performed over the past few years.

Global sales of EVs, which in this case includes pure electric, hybrids and plug-in hybrids, have shown steady growth.

According to the Global Business Research Center, global sales of EVs jumped 42 percent from 2017 to 2020. The report also suggests that 2021 will see the biggest growth rate in the last five years, projected at 37.5 percent growth.

In Korea, growth is relatively slow but steady for sure. According to the country's transport ministry, registration of EVs surpassed 3 percent of all registered vehicles for the first time last year as of October. The figure had stood at 1.5 percent in 2017.


So, what kind of EVs are launching this year?


All of this doesn't matter without some new cars.

From sedans to SUVs, from high performance cars to even pickup trucks, there are a variety of options from different price ranges hitting the market this year.

A completely new lineup includes Nissan's first pure electric SUV Ariya, Volkwagen's ID.4 SUV, BMW's iX SUV and Hyundai Motor's Ioniq 5, among others. All of these models are or will be produced on each carmaker's EV-dedicated platform. 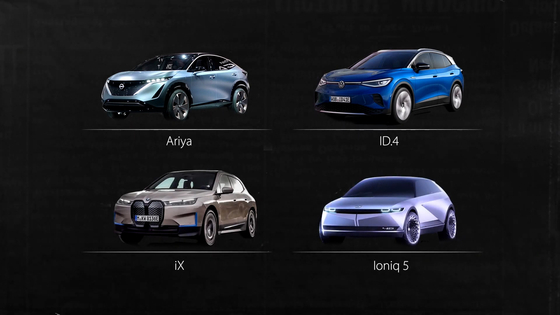 Tesla will also launch the Model S Plaid, which could be seen as a high-performance version of its popular Model S sedan.

Electric variants of existing models are just as exciting.

Mercedes-Benz's EQS luxury sedan and EQA compact SUV, which are electric equivalents of its S-Class sedan and GLA SUV, are expected this year.

Pick-up trucks are on the way as well. Imagine a pick-up truck powered by a pure electric engine.

GMC's gigantic and iconic Hummer will have its first electric version later this year. 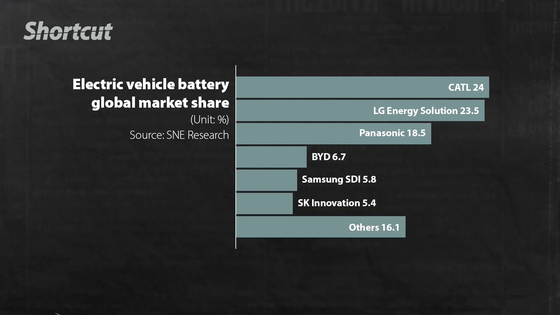 What other factors influence the function of an EV?

The battery is crucial.

With rosy market prospects, battery companies have been making hefty investments to expand EV battery manufacturing capacity. LG Energy Solution with General Motors will invest $2.3 billion in building a battery cell factory in Ohio by 2023. SK Innovation pledged to commit $2.6 billion in building a battery plant in Georgia followed by another investment decision of $1.1 billion to expand its facility in Hungary.

Lithium-ion batteries, which use liquid electrolytes, have been the norm in EVs currently available in the market.

Toyota reportedly will have a prototype of its solid-state battery by next year that is able to drive 500 kilometer per charge, and charging it will take just 10 minutes. California-based startup QuantumScape, backed by Volkswagen and Bill Gates, announced last month that its solid-state batteries, which can drive 80 percent further than existing batteries, will be ready for production in 2024.

Samsung SDI early last month unveiled a prototype for its dry batteries with range of 800 kilometers.

In the EV lithium-ion battery market, three Korean companies - LG Energy Solution, Samsung SDI and SK Innovation - took up a third of the market share last year. Chinese TSMC topped the chart with LG in the second. Samsung was third, followed by SK.

So when will they go mainstream?

Despite the ever advancing features in both batteries and cars, it won't appeal to the general public unless the price drops.

At the moment, the sticker price of a Tesla Model 3 starts from 54.6 million won, higher than luxury carmaker's fossil burning models in the same segment.

In order for EVs to hit the mainstream, their price has to fall to be on par with internal combustion engines, even without subsidies.

And again, in order for this to happen, a drop in battery price is crucial as they take up about 30 to 40 percent of the cost of manufacturing an EV.

Elon Musk from Tesla recently gave out some specific numbers. If it's planned in-house battery product 4680 goes as planned, the price of its EV models could go down by as much as 56 percent, he said. He also said that Tesla could have an EV that costs less than $25,000 within 2022.

Samsung SDI said that its next generation lithium-ion battery product, dubbed Gen. 5, will reduce production costs by 20 percent. Gen. 5 will be ready for mass production in the latter half of this year.