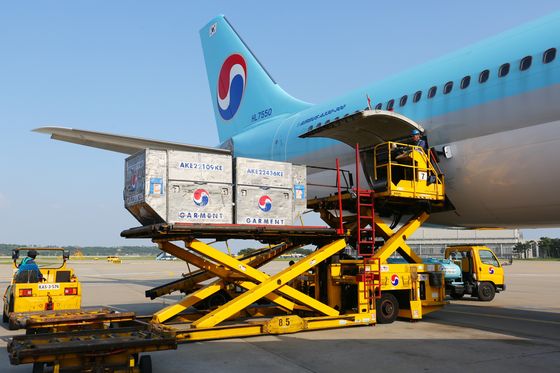 Korean Air Lines will probably announce a profit for the second quarter despite a sharp decline in the passenger demand due to the pandemic.

Its key to staying in the black: global cargo demand.

“The company will largely make up for its first-quarter operating loss of 82.8 billion won [$69.6 million] in the second quarter,” the rating company said. This is a dramatic turnaround from March, when NICE was considering lowering the company's credit rating due to the suspension of passenger flights in the midst of the pandemic.

Ironically, as the spread of the virus reduced the number of passenger flights, the price of cargo transport skyrocketed. There are two ways to transport cargo — on aircraft dedicated to cargo and in the belly of passenger planes. Passenger flights account for half of all cargo transport. When passenger flights were grounded, freight prices took off. According to the air freight index company TAC Index, the airfreight rate from Hong Kong to North America was only $3.1 per kilogram in January, but more than doubled to $7.7 last month.

At the same time, there was increased demand for airfreight — especially transportation of medical supplies due to Covid-19 and the reopening of China's manufacturing facilities. (Korea had been relatively successful in dealing with Covid-19 and continued manufacturing activity without shutting down factories.)

Meanwhile, the drop in international oil prices helped save costs. The price of Dubai crude oil dropped from $63.30 per barrel in January to $20.40 in April. Last month, the price rose again to $30.50 per barrel, but this is still half the price in January. Turnaround efforts to reduce labor costs, such as salary cuts and unpaid leaves, were also contributors to the company’s improved bottom line. 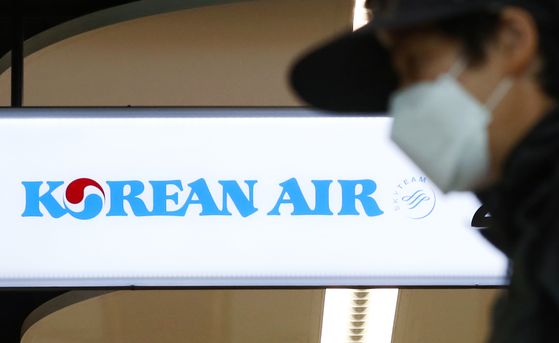 But the skies ahead are not without possible choppiness. If suspended international passenger routes revive this month, airfreight rates are likely to fall. International oil prices are also showing signs of recovery, raising costs.


NICE Investors Service predicts that if the Covid-19 crisis continues through the third quarter, Korean Air Lines' sales will fall 32.4 percent year-on-year to 8.6 trillion won while Asiana Airlines' will fall 34.1 percent year-on-year to 4.6 trillion won. If the pandemic continues until the first quarter of next year, Korean Air Lines and Asiana Airlines will see their sales decline by 40 percent and 44.3 percent on year, it added.