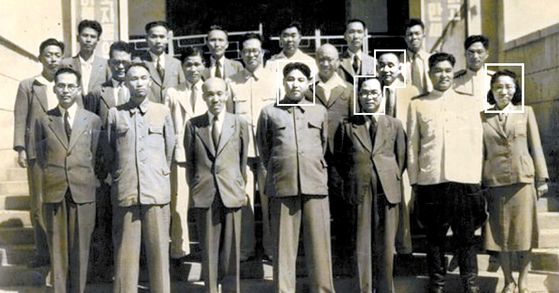 
The North Korean leadership during the Korean War was totally isolated from the Western World. However, the diplomats from the Central and Eastern European countries serving there were allowed to frequently meet with prominent cadres. The 70th anniversary of the Korean War is a good occasion to introduce and share the details of some of their meetings.

In April 1951, a new Hungarian envoy arrived in Pyongyang. Mr. Ka-roly Pasztor was a professional soldier – probably the main reason for his nomination. The tough situation due to the war in North Korea was expected to be more tolerable for an experienced soldier than a civilian. The Hungarian legation had spent more than six months in Manpho city on the Chinese border, and moved back to Pyongyang not long before the new envoy arrived. According to Mr. Pasztor’s reports, his first courtesy visit was with Foreign Minister Park Hon-yong, who received him on June 12, 1951. The envoy arrived to the meeting wearing his military uniform, causing the minister to express his joy that the diplomat was also a soldier. Park Hon-yong (1900-1955) was formerly the leader of the Communists in the South, but moved to North Korea with his comrades in 1948 and became one of the key members of the regime. After the outbreak of the Korean War, Park visited the occupied Seoul, where North Korean troops requisitioned the Chevrolet passenger car of Samsung founder Lee Byung-chul for him. But when the Korean War ended, Park became the victim of the regime’s first big show trial, which targeted the communists from the South.


Credentials in a village

The main subject of the meeting was to discuss the delivery of the credentials, but it was no easy task. The female first secretary of the legation, who also had to participate in the event, did not have an elegant outfit to wear because her luggage had not yet arrived from Manpho to Pyongyang. The envoy and the secretary asked the minister if it was possible to participate in travel clothes, but Park rejected that option. It is interesting to mention that Park Hon-yong sent his greetings to the high-level Hungarian cadre, Erno Gero, saying that he knew him personally because they had attended the party school in Moscow together in 1932. In the early 1950s, Gero was the No. 2 cadre in the Hungarian leadership, a hardline Stalinist, and one of the most hated people in the country.

Finally, Mr. Pasztor presented his credentials five days later to Kim Du-bong, the nominal head of the North Korean state, under quite unusual circumstances. On June 17, 1951, at 7 p.m., the protocol chief of the North Korean foreign ministry picked up the envoy and escorted him to a village 25 kilometers east of Pyongyang. After the credentials were presented, they had a short formal conversation and listened to national hymns under the eaves of a small peasant house. The envoy was urged to leave the village before the approaching rainstorm. But on the way back to Pyongyang, he  saw the Soviet ambassador’s car heading to the village, revealing the real reason he was urged to leave. Kim Du-bong was later purged, then disappeared. At that time, it happened to many people in North Korea. 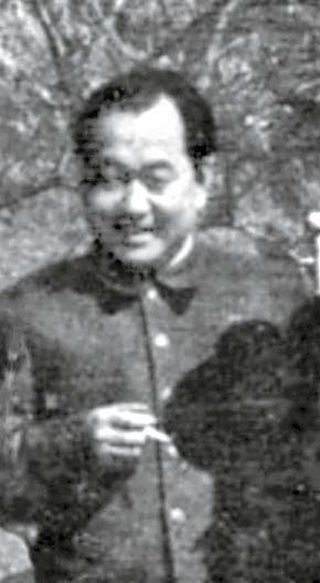 First secretary Ho Ga-i, who allegedly committed suicide [FROM THE COLLECTION OF THE HUNGARIAN EMBASSY]

About a month later, on Aug. 25, 1951, Mr. Pasztor was eventually able to pay a courtesy visit to Prime Minister Kim Il Sung at the headquarters, where Foreign Minister Park Hon-yong also attended. According to the report written by the envoy, the meeting started at 8 p.m., and Kim Il Sung seemed to be in an unusually good mood. During the first 30 minutes, the hosts and the envoy were outside under a great oak tree, where Kim usually greeted his guests in summer. Mr. Pasztor wrote that the place was well-furnished, and the air was very clean and breezy. After darkness fell, they went inside and continued the reception. The variety of food on the table was amazing; as it was explained to the envoy, it represented the “efforts comrade Kim Il Sung made for the Hungarian nation.” They also told him that never before did they serve so many kinds of food for a diplomat guest. During the dinner, Kim asked the envoy about their accommodations, and about how they were going to spend the winter in their houses. He recommended building underground shelters, because it could be difficult to work in the normal houses during the winter. After the reception, Mr. Pasztor was not allowed to leave the headquarters, since automobiles with headlights on were easy targets for bombers. Because of that, Kim Il Sung ordered his secretary to provide the envoy with an empty room where he could rest until the moon rose. Mr. Pasztor had a talk with Foreign Minister Park Hon-yong, and then they took a rest together in a room. Finally, the envoy left the headquarters in the company of the protocol chief at 2:30 a.m. The archived diplomatic report for the night suggested that time was spent in an idyllic mood, and is a very astonishing reading, especially if one considers the context: the aforementioned show trial and the subsequent execution of Park Hon-yong.

The Hungarian envoy also paid a courtesy visit to Financial Minister Choi Chang-ik, who was familiar with the Hungarians, having visited the Central European country in February 1951. Choi explained to the envoy that he often gave lectures throughout North Korea about his European experiences, which were very positive. Mr. Pasztor mentioned in his report that the meeting was more than just a formal conversation; the minister actually analyzed the North Korean circumstances, sharing details with the envoy. Choi explained that the financial situation was critical, as sources of income for the state basically disappeared after the mines and the factories had been destroyed. Therefore, in order to restart the economy, the government had no other choice but to give more space to the private merchants and the craftsmen. However, due to the rise of the private sector, prices had become more expensive in the markets. Meanwhile, salaries remained at their pre-war levels. To solve the tough situation, the North Korean government made the craftsmen form cooperatives, which had underground factories built by the miners. According to Choi, underground cooperatives had already been operating in several regions throughout the country at that time. Furthermore, the government initiated a movement which targeted office workers to voluntarily contribute overtime in the factories after their primary working hours.

It is clear that the minister gave a correct and honest evaluation of the situation. Choi Chang-ik (1896-1957) was an independence activist during the Japanese colonial rule, and was arrested several times. He spent the last years of the colonial rule in China, and later in the North Korean regime, he became the leader of the faction that collected the communists who had previously lived in exile in China. However, in 1956, as a supporter of de-Stalinization, he turned against Kim Il Sung. Choi was purged and transferred to the directorial post of a pig farm. Soon after, he was arrested and probably executed.


Meeting with a feminist

Mr. Pasztor also visited the minister of cultural and propaganda affairs, the only female minister in the North Korean government at that time. Mrs. Ho Jong-suk (1902-1991) was the daughter of an independence activist attorney, and in her 20s she had studied in Shanghai, where she met the aforementioned Park Hon-yong and other communists. Mrs. Ho was an active feminist fighting against the traditional roles of Korean women. She had multiple marriages, and one of her ex-husbands was the aforementioned Choi Chang-ik, who later served as financial minister in North Korea. She also spent the final years of the Japanese colonial rule in exile in China.

During the meeting with the Hungarian envoy, Mrs. Ho explained that the cultural field in North Korea was facing several difficulties, including financial problems and a lack of raw material. The bombardments destroyed 90 percent of the theaters and cinemas in North Korea, but 50 percent of them were replaced with temporary facilities. There were travelling cinemas, which presented movies to the military units and the citizens in various parts of the countryside. Mrs. Ho told Mr. Pasztor that mainly Soviet-made movies were screened, due to the lack of North Korean movies. Several scripts were written for new movies, but the shortage of cameras and other equipment made shooting and production impossible.
The painters and the sculptors were suffering from the same hardships; they did not have any tools, brushes or papers. Therefore, the Hungarian envoy wrote in his report to Budapest that it would be advisable if the Hungarian government provided raw materials to the North Korean filmmakers and artists. It is interesting to mention that Mrs. Ho was the only person among the mentioned cadres who survived the internal purges, including the foreseeable execution of her former husband. Later, she was placed in various high-ranking government positions in the North Korean regime.

Suicide in the leadership

The Hungarian envoy also met the first secretary of the ruling Korean Worker’s Party, Ho Ga-i (1908-1953), who was born in Russia, spent his youth in the Soviet Union, and later became the leader of the faction that brought together the Soviet Koreans. Looking at the archive report, it was not easy to find the right time for a meeting between Mr. Pasztor and Ho Ga-i, since the first secretary was extremely busy. It happened twice that, although the meeting was arranged, he did not show up. But on the third attempt, the meeting was successfully held. Ho Ga-i was modest and sincere, and thanked Hungary for the medical support provided for North Korea. He explained that he had received some pieces of information about the Central European country from Choi Chang-ik, the aforementioned minister, who visited Hungary earlier in that year. Because of the two countries’ close relations, Ho Ga-i personally decided to send the North Korean dance ensemble to Hungary, and urged the legendary Korean dancer, Mrs. Choi Seung-hee, to prepare a performance with her pupils in Budapest.

But the first secretary soon had a serious conflict with Kim Il Sung overthe administrative reorganization of the party. Ho Ga-i gradually lost political power and allegedly committed suicide in July 1953. It is surprising that the Hungarian daily paper Szabad Nep reported on the incident. The article quoted a high-ranking North Korean official, who said the following about Ho’s suicide: “We must reinforce our revolutionary vigilance.”