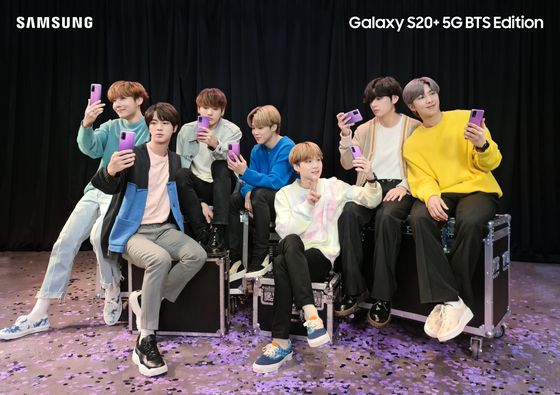 A BTS phone made by Samsung Electronics is to hit the market, as expected, on July 9, with orders taken from June 19. The iridescent purple device with band-oriented apps will cost only slightly more than the band-free version.

Samsung Electronics is rolling out the device amid challenges in the smartphone market and particularly weak demand for the S20.

The BTS phone is a Galaxy S20+ 5G, which was released in March. A set of matching purple wireless earbuds with the band's logo are also being offered.

July 9, the official start of sales and the date on which the device will be available on Samsung.com and Amazon.com, is the seventh anniversary of ARMY, the BTS fan club.

The purple glass and metal exterior of the phone is adorned with the boy band's logo. Packaging for the phone is deep purple and has seven hearts, one for each band member. Purple is considered the band's color.

BTS-inspired themes will be programmed into the phone, and Weverse, the band's fan community platform, is installed by default. The device comes with each band member's photo card. 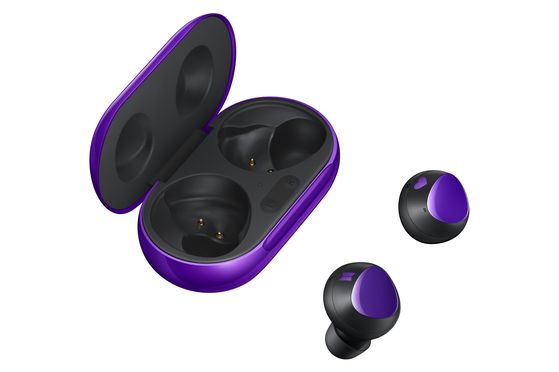 Customers who place orders for the smartphone before the introduction of the phone to the market will receive a 50 percent discount on the earbuds and a limited edition poster. Those who order the earbuds early will get a free BTS limited-edition wireless charger.

Samsung's new Galaxy S23 series to be pricier than its predecessor