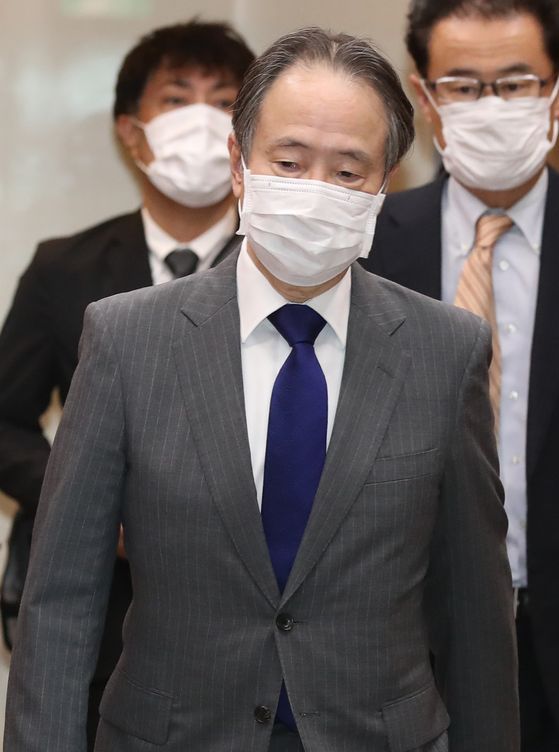 Japan opened to the public Monday a state-funded Industrial Heritage Information Centre in Tokyo introducing the 23 facilities from the Meiji era designated as Unesco World Heritage sites in July 2015.

Forced labor victims from Korea and other Asian countries worked in brutal conditions at such sites, including shipyards and coal mines, during World War II, but the information center ignores or glosses over the issue.

Seoul initially opposed the Unesco designation because Koreans had been forced to work at seven of those facilities, including Hashima Island, or Battleship Island, located off the city of Nagasaki, during the 1910-45 Japanese colonial rule.

But Japan pledged in 2015, under a World Heritage Committee recommendation, to come up with a strategy that allowed the understanding of the "full history of each site."

Kuni Sato, Japanese ambassador to Unesco at the time, recognized in a meeting in Bonn, Germany, that “there were a large number of Koreans and others who were brought against their will and forced to work under harsh conditions in the 1940s at some of the sites.”

Japan promised to take “appropriate measures” such as establishing an information center to commemorate these victims. It was the first time Japan stated clearly on an international platform that Koreans were brought against their will and forced to work under harsh conditions during World War II.

The Tokyo information center held an opening ceremony on March 31 but remained closed to the public because of the coronavirus pandemic until Monday. Reporters had limited access to viewing the center Sunday ahead of its public opening.

The government-funded center has exhibitions that appear to cover up the fact that forced labor victims had worked under brutal conditions and had faced discrimination at the industrial sites.

An exhibition on Hashima Island collected testimonies of former residents of the island claiming they had never heard of forced labor victims or that there had been discrimination against them. A second-generation Zainichi Korean, or a Korean living in Japan, Fumio Suzuki, who spent his childhood in Hashima during the war and whose father worked in the coal mines, said in video footage that he had never been treated poorly during his time on the island and that, in fact, he had been treated well.

Also displayed was a wage stub paid to a Taiwanese conscripted worker at a Nagasaki shipyard in an apparent attempt to show that workers had been given wages.

The center also displayed the text of the 1965 bilateral claims agreement that Tokyo claims settled all issues of compensation related to its colonial rule of Korea.

The Korean government “strongly protests that none of the promised follow-up measures have been implemented by Japan,” said Kim In-chul, spokesman for the Korean Minister of Foreign Affairs, in a statement Monday in references to recommendations that had been made to Tokyo by the World Heritage Committee in July 2015.

“It is deeply regrettable that this center completely counters Japan's pledge and includes content that distorts historical facts,” Kim said. “The Japanese government promised to establish the information center as a part of measures to commemorate the forced labor victims; however, it is concerning and disappointing that nowhere in exhibitions of the newly opened center can there be spotted any efforts toward commemorating these victims.” 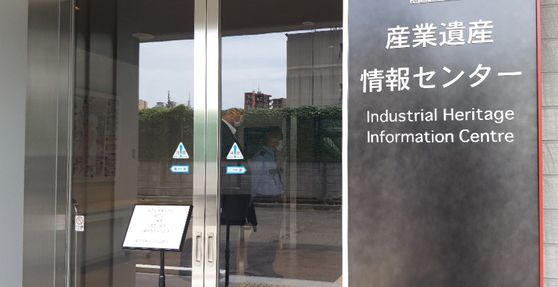 Japan opened to the public Monday its Industrial Heritage Information Centre in Tokyo introducing the 23 facilities from the Meiji Industrial Revolution designated as Unesco World Heritage sites. Japan in 2015 pledged to commemorate laborers forced to work under brutal conditions at seven of the industrial sites during World War II, but the center did not introduce such content in its exhibitions. [YONHAP]