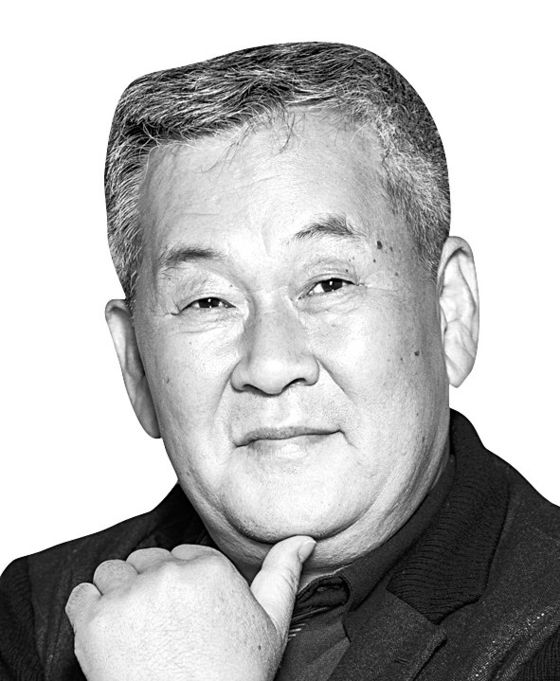 Park Jeong-ho
The author is an editorial writer of the JoongAng Ilbo.


On June 15, 2000, South Korean President Kim Dae-jung and North Korean leader Kim Jong-il announced a joint declaration after the first inter-Korean summit since the Korean Peninsula was bisected following liberalization from Japan in 1945. Under the agreement, the two Koreas vowed to work toward a peaceful unification, reunite separated families and enhance inter-Korean ties.

Two decades have passed since then. But the two Koreas have not made meaningful progress, and the geopolitical climate on the peninsula remains murky. Amidst renewed tensions between the United States and China, North Korea has been lashing out belligerently at the South. It has cut off all communication channels and warned of military provocations. It is out to thrash not only the basic agreement of 20 years ago but also the most recent summit agreement in Panmunjom two years ago to stop military and verbal attacks. Internal rife is brewing over the government’s action to outlaw the dispatch of propaganda leaflets across the border for fear of provoking North Korea.

During their first historic meeting two decades ago in Pyongyang, Kim Jong-il asked his visitor from South Korea how long he thought a unification process would take. Kim Dae-jung said 10 to 20 years if “the two Koreas sincerely worked hard.” Kim Jong-il disagreed. His bet was 40 to 50 years. The late North Korea leader might have been correct. North Korea under his son hardly seems to back the idea of a peaceful union. But Kim Dae-jung said 20 years — if the two Koreas cooperated really hard.

The conversation was relayed by then National Intelligence Service chief Lim Dong-won. His comment was included in a documentary film “Korea, A Hundred Years of War” which was released to Korean audiences last Thursday. It was filmed by Frenchman, Pierre Olivier Francois, who interviewed key officials on both sides of the border and collected material around the world to portray the past and present of the two Koreas. A “third eye” gave a look on the tumultuous trajectory of the two Koreas since they were divided. The director visited South Korea 15 times and North Korea eight times to make the film.

The film does not show anything new for Koreans as it was aimed at European audiences who did not know Korean affairs well. The rapid developments in the two Koreas and around the world were crammed into the 112-minute film. Still, it gave a rare opportunity for the South Korean audience to hear the voices of senior North Korean officials.

Ri Tong-sop, a North Korean documentary director, recalled that he had to survive on weed roots and wood peels because there was nothing to eat during the Great Famine period referred to as the Arduous March in North Korea in the 1990s. He said he had been heart-broken to see the bony fingers of his child.

Ri Jong-hyok, a member of the Supreme People’s Assembly and vice chairman of the Korean Asia-Pacific Peace Committee, said North Korea’s will for “self-sufficiency” has been cemented after the collapse of the socialist bloc in the 1990s. He argued North Korea’s path was inevitable to prevent a breakdown in the collective power to resist foreign power.

As the title of the film suggests, it traces how the two Koreas have each survived through the division, war, and conflicts. Its release was timed with the 70th anniversary of the June 25, 1950 invasion of North Korea and the outbreak of the Korean War.

The director said he took an interest in the inter-Korean affairs after the 2000 landmark summit in Pyongyang. The film starts with the legend of Dangun, the founder of ancient Korea. Both Koreas have monumental sites for the legendary founder. The two Koreas share the roots in the god-king of ancient Gojoseon. The Dangun myth was revived during a national crisis in the late 19th century. The two Koreas, however, interpret the ancient king’s legend differently. In Pyongyang, a pyramid-like monument celebrating Dangun serves to promote the cult personality of the Kim regime. The two Koreas also have yet to agree on the forms of taekwondo which are used to connect the film.

A unity is possible by respecting the differences. The fact that a film which gives equal weight to the two Koreas has been screened in South Korea underscores the internal confidence in our society. Although tensions have elevated to another boiling point, these times could be necessary pains for the future.

We need wisdom and farsightedness to see circumstances in the broader historic context. At the same time, we must be stern against the whimsical ways of North Korea. In the myth of Dangun, the patient bear, not the impatient tiger, turned into a human and become the mother of the Korean people. The French filmmaker devoted 10 years to make one film. We could be more patient than him.