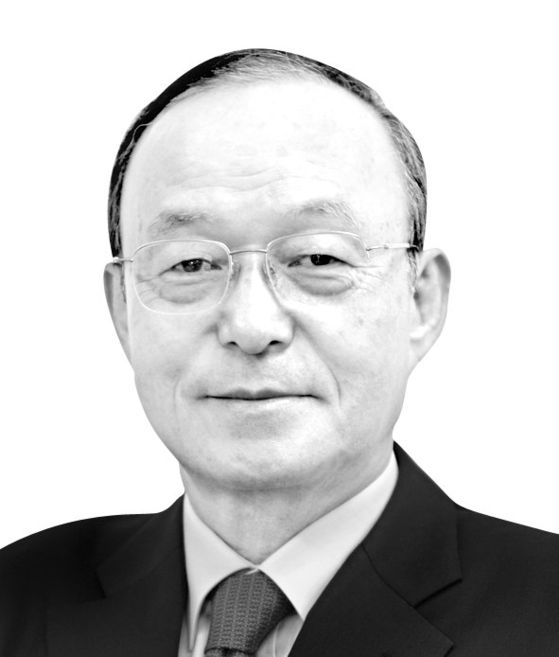 
The United States and China are battling each other by all but military means. U.S. President Donald Trump and Chinese President Xi Jinping show no signs of holding back. Trump has managed to gain bipartisan support on his anti-Chinese stance, but even if former U.S. Vice President Joe Biden wins the election in November, Washington’s China policy probably will not look so different. During a visit to South Korea in 2013, Biden solemnly warned Beijing, “It has never been a good bet to bet against America.”

Trump desired to take the upper hand in a war with China by containing the country with his Indo-Pacific strategy and waging a tariff war. However, those tactics barely worked because China was no longer as dependent on trade as it used to be. China’s domestic market bulked up after its export-to-GDP ratio dropped to 19.5 percent in 2018 from 32.6 percent in 2008. As the victory of his trade war with China increasingly looked slim, Trump attempts to establish the Economic Prosperity Network (EPN) with his allies along with the establishment of the Democratically Allied Trade Organization (DATO), excluding China. Trump even re-invited Russia to the Group of 7 after the country was removed following its forced annexation of Crimea.

But few countries are willing to participate in the Trump-led new system because he has a checkered history of walking out of several international organizations and agreements, not to mention the Trans-Pacific Partnership (TTP) pursued by his predecessor Barack Obama to contain Beijing. 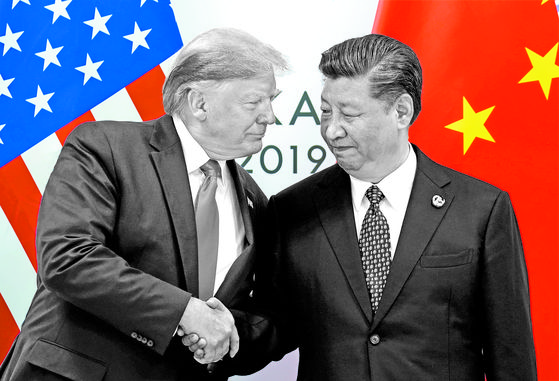 U.S. President Donald Trump meets with China's President Xi Jinping at the start of their bilateral meeting at the G20 leaders summit in Osaka, Japan, June 29, 2019.


Chinese Monroe Doctrine is in the works

The Chinese economy accounted for merely 1.7 percent of the world GDP when Deng Xiaoping declared his famous 24-character dictum in 1992 instructing the country to bide its time. The share skyrocketed to 16.3 percent in 2019, transforming China into the second-largest economy. When the United States declared the Monroe Doctrine in 1823 to warn European countries not to interfere in the Western Hemisphere, America was not even among the world’s top five powers. Now, a Chinese Monroe Doctrine seems to be afoot. Last month during a meeting of the National People’s Congress, President Xi underscored that China’s socialist democracy was the “broadest, most genuine and most effective democracy to safeguard the fundamental interests of the people” — an ideological jab at the United States in chaos after the Covid-19 outbreak and riots demanding racial justice.

And yet, China has a long way to go before surpassing the U.S. economy. Some analysts forecast it will take 30 more years for China to be on a par with the United States largely due to its sluggish growth these days. This diagnosis is reinforced by the predictions that China’s growth engines will lose steam as the tide of globalization ebbs and that other countries will find they do not share values with China.

Historians like to compare the Sino-U.S. semiconductor war to the U.S.-Soviet nuclear arms race during the Cold War, saying it could serve as a barometer of foreseeing the future of their rivalry. Washington could be ahead of the race for a while, but China will soon catch up to create an equilibrium with America, they say.

At a sensitive time like this, the U.S. has been putting money before alliances, which will continue even after Trump leaves the White House. While the entire world knows that South Korea, a non-nuclear state, is susceptible to threats from nuclear-armed North Korea, the Moon Jae-in administration tries to find consolation in imagining that it can counter North Korea with its conventional weapons. Due to this critical weakness — the absence of nuclear arms — South Korea has no other option if the United States should change the long-established concept of “defense burden sharing” to “defense protection” for its ally.

What about China? The Chinese emperors — Yang Guang of the Sui Dynasty and Taizong of the Tang Dynasty — both invaded Goguryeo (37 B.C. to A.D. 668) in 612 and 644, respectively, after asserting their ownership over Goguryeo’s territory in Manchuria. Over a millennium later, President Xi claimed in 2017 that, historically, the Korean Peninsula belonged to China. A country led by leaders with such distorted historical perspectives tries to establish a new Chinese world order by highlighting the supremacy of a single-party dictatorial regime. Even while embracing North Korea — a nuclear-armed ally — China slyly retaliates against South Korea for the deployment of the U.S.-led Terminal High Altitude Area Defense (Thaad) system on an American military base.

Despite the fact that South Korea hosts the United States’ largest overseas military base, just across from mainland China, its dependence on China for trade is the heaviest around the world. In the face of such a tough dilemma, South Korea is often forced to walk the line between China and the United States.

There are four options left for South Korea to tackle the challenge. First, it can flexibly adjust its position as per the situation after postponing announcements on its formal stance as long as possible. Second, it can follow the stance of its ally. Third, it can respect the stance of China, a strong trading partner. Fourth, South Korea can declare its own values and principles and then make decisions on each issue accordingly.

Friction will arise whichever way is chosen. But the fourth option will allow Seoul to help minimize the offshoots from the prolonged tensions between Beijing and Washington. The last shield in dealing with a big power is securing justification in your actions. (The diplomatic arena knows it very well.) Instead of taking a particular side, South Korea must prioritize its survival through a military alliance on the road to a peaceful reunification amid the North Korean nuclear threats, while steadfastly upholding the universal values of democracy, market economy, free trade, human rights and the environment.

Adhering to such values enables other countries to reduce their expectations for South Korea to act in a certain way that would please them. For instance, Seoul can honor free trade in the Sino-U.S. semiconductor war and democracy and human rights on the Hong Kong national security law issue. On the issue of whether to use Huawei technology in South Korean networks, Seoul can make a decision based on the practical compatibility of the Huawei equipment with operations of the South-U.S. military alliance. What counts most here is making decisions based on firm principles.

The same goes for the North’s recent demolition of the inter-Korean liaison office in Kaesong and saber-rattling against the South. That was a clash between North Korean leader Kim Jong-un’s pronouncement in 2017 that Pyongyang had completed its nuclear development program and Trump’s diplomatic strategy of achieving victory through threats. From the start, South Korea made a fundamental mistake of hurriedly positioning itself as a mediator between the United States and North Korea, when it is actually a primary party on the issue of denuclearization of North Korea and peninsula affairs.

As Trump and U.S. Secretary of State Mike Pompeo pointed out, progress cannot be made on the North Korea nuclear issue without China’s help. Yet the United States and China are entangled in their own disputes, and it does not seem the tug-of-war will end any time soon. The South Korean government must prepare for a long battle as a key party — not as a mediator — on the issues in dealing with North Korea, America and China down the road.