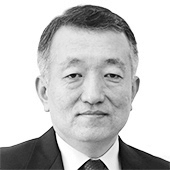 
The coronavirus blues have been deep and long. A high cost is inevitable. Much needs to be saved, and any shortfall should be addressed through issuing debt. But the Moon Jae-in administration cannot go on printing bonds. The debt must be repaid one day, and the younger generation will shoulder the burden. If the debt piles up too much, the country could face a default crisis like countries in Latin America and southern Europe. The joy of giving or getting emergency relief grants should not be overestimated.

What if debt issuance is not enough? The government should bump up tax revenues. But people’s incomes have contracted due to the crisis. The government has raised supplementary budgets after factoring in revenue reductions of around 12.2 trillion won ($10 billion) for this year. But a tax shortage this year is projected to exceed 20 trillion won. Still, the government cannot have the authority go around and collect bills through audits and raids when the economy is in such doldrums.

Another way to increase tax revenues is to scale back or remove tax deductions and exemptions. The Park Geun-hye administration used that method to increase revenues to keep her campaign promise not to raise taxes. The government vowed to raise 15 trillion won through rationalization of tax deduction and exemption categories, but could not see through the plan.

Persuading the beneficiaries is not easy either. Farmers and fishermen would strongly resist if the exemptions for value-added taxes (VAT) on fuel and other services are removed. Salaried workers won’t quietly comply if the deductions for credit card spending in their annual tax bills are reduced. In fact, everyone needs greater tax breaks during hard times like these.

There is the option of levying higher taxes on the rich. But such a revenue increase won’t be that great. For instance, the revenue from the property ownership tax imposed on owners of multiple homes last year was 2.6 trillion won. Even if the rate is raised by 50 percent, only 1.3 trillion won would be added. That’s a drop in the bucket given this year’s estimated deficit of 112 trillion won.

Fixing some tax sections also won’t help much. The only solution to restore the fiscal balance is a universal tax hike. Last year, 77 percent of national tax revenue came from three categories — individuals’ income taxes (amounting to 83 trillion), corporate income taxes (72 trillion won) and valued-added tax (70 trillion won). But raising those taxes are not easy. The maximum rate for income tax was already raised to 42 percent from 40 percent in 2018.

Experts advise adoption of a universal taxation principle. They recommend some amount should be collected from the exempted class — the bottom 39 percent of all income earners — who are excused from income tax. But the timing is not good as their earnings have decreased noticeably.

Raising corporate taxes is also out of the question. Korea has raised the maximum corporate tax rate to 25 percent from 22 percent in 2018 when every other developed country lowered theirs to stimulate corporate investment. Korea’s maximum rate is higher than 21 percent in the United States and 23.4 percent in Japan. It is above the average 21.9 percent among OECD members.

When the country needs to bring back as many companies as possible, known as “reshoring,” Korea can hardly push the corporate tax rate higher. Moreover, Korea has a notoriously high inheritance tax rate of 50 percent — the highest among OECD members after Japan’s 55 percent. The inheritance tax rate has been a major driver of individual and corporate wealth flight from Korea.

That leaves the VAT, which has stayed untouched since its introduction in 1977. A VAT rate hike would help increase tax revenues greatly. A 2-percentage point increase to 12 percent would add 14 trillion won in annual tax revenues. North European states with generous welfare benefits have an average VAT rate of 24 to 25 percent. The OECD average is 19.3 percent — nearly double Korea’s. When the VAT increases, so do final charges for services and goods. That cannot be good for the poor and self-employed.

For the Moon administration to achieve its goal of greater benefits through greater burden, it would have to discuss an increase in VAT or income taxes. Tax increases are highly risky, especially with a presidential election scheduled for 2022. If taxes are raised, the recovery in the economy also could be slowed.

Whether the ruling front has the guts to push through tax increases is very doubtful. There was no mention of higher taxes in the government’s five-year fiscal plan earlier this year. The burden of colossal debt — and finding a means of restoring fiscal integrity — will fall to the next government. But that is not responsible. A responsible government must explain a dilemma to the public and persuade them that tax increases are needed. Otherwise, it must reduce spending.