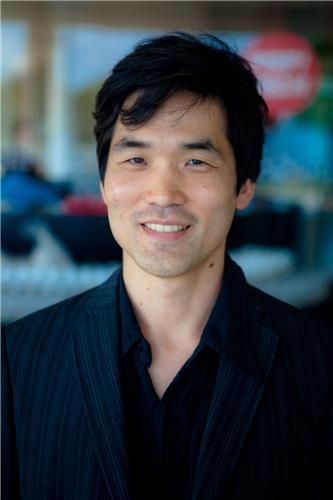 Seung, a professor at Princeton University’s Neuroscience Institute and Department of Computer Science, will lead the company's research and development (R&D).

After studying theoretical physics at Harvard University, Seung worked as a researcher at Bell Labs and as a professor at the Massachusetts Institute of Technology. Seung joined Samsung Electronics as an executive vice president and chief research scientist in June 2018 soon after Vice Chairman Lee Jae-yong announced his plan to recruit top AI experts.

Seung played a leading role in launching Samsung Electronics’ Ballie robot, which is designed to act as a personal assistant, at CES 2020 in Las Vegas from Jan. 7 to 10. Ballie was highly praised during the show for its innovative rolling ball-shaped design.

Seung is widely considered one of the four leading experts on AI, along with Professor Yoshua Bengio of Montreal University, Professor Geoffrey Hinton of University of Toronto and Professor Yann LeCun of New York University. Last year, the four met with Lee to discuss the future of the AI industry and Samsung Electronics’ AI strategy.

As head of Samsung Research, Seung will lead the development of the neural processing unit, a core processor for AI programs that enables machines to think in a way similar to the human brain. Samsung Electronics last year announced its plan to invest 133 trillion won ($110 billion) in its non-memory business with the aim of becoming a major player in the sector by 2030.

Over the past few years, Samsung Electronics has been hiring globally renowned AI scientists specializing in machine learning to strengthen its global AI R&D capabilities.

They include Andrew Blake, who was director of the Microsoft Research Lab in Cambridge, Britain, and Professor Maja Pantic of Imperial College London. In June 2018, Samsung Electronics also hired Daniel Lee, the UPS Foundation chair professor in the School of Engineering and Applied Science at the University of Pennsylvania.