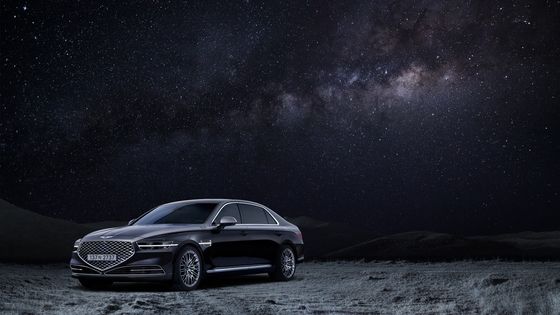 Genesis, Hyundai Motor's luxury brand, will start sales of a face-lifted G90 sedan in Korea from July 2. The company also unveiled a special edition of the model dubbed the Stardust.

The 2021 G90 is a partially revamped version of the first generation of the large sedan, which was launched in Korea in 2018 as a rebranding of the EQ900 model. 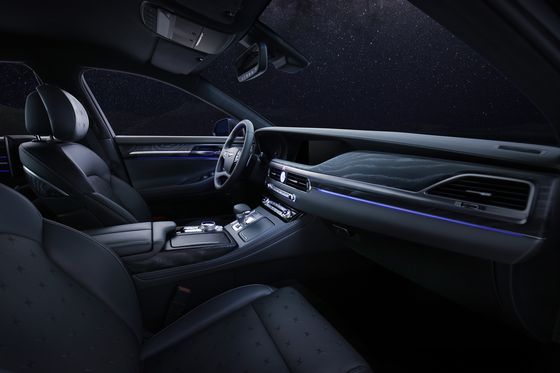 The interior of the Genesis G90's Stardust edition. [HYUNDAI MOTOR]


The face-lifted G90 will have adaptive control suspension and an intelligent front-lighting system as standard features for all trim levels. Previously, the adaptive suspension system, which reinforces the stability of the steering on inconsistent road conditions, wasn’t included as standard.

The intelligent front-lighting system, which cuts the high beams when a frontal camera recognizes an approaching object, wasn't offered on the original G90s.

Genesis said it will sell 50 units of the limited edition Stardust G90. The Stardust edition features a twinkling effect on its dark gray exterior. The carmaker explained the effect requires a special paint process that must be done at a separate assembly line, which limits production quantities.

“With the G90 Stardust edition, the brand’s luxury reputation is expected to be elevated,” the company said in a release Friday.