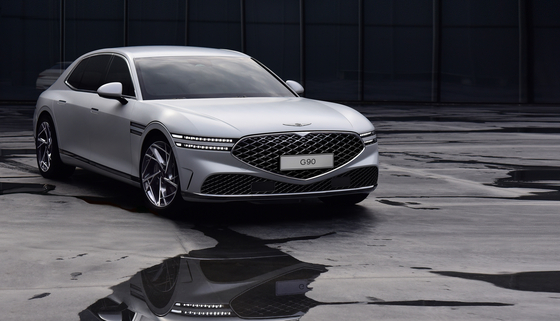 Genesis gave a peek at its G90 luxury sedan Tuesday, which has been fully revamped since the last version in 2018.

The company released Tuesday six photos of the G90, known in Korea as the "CEO car," from different angles and in white and dark blue.

Formerly known as the EQ900, the largest Genesis model was renamed in 2018 to take its place at the top of the brand's sedan lineup, which also includes the G70 and G80.

Orders will open in mid-December, the company said Tuesday.

The G90 will be offered in standard and long wheel-base versions. In the latter, the front and rear wheels are further apart, providing a more spacious interior.

One notable change in the latest version is that the signature two-line taillamps have gotten slimmer, with the Genesis name placed between the lines.

The license plate, sensors and reverse lights have been moved down to emphasize a “clean” and “luxury” look for the model, the carmaker said.

Genesis says the two-line headlamps on the G90 are the slimmest of all its sedans and SUVs.

“Through the Genesis G90, Genesis will offer a redefined experience of a luxury sedan,” said Lee Sang-yup, head of the Hyundai Global Center. 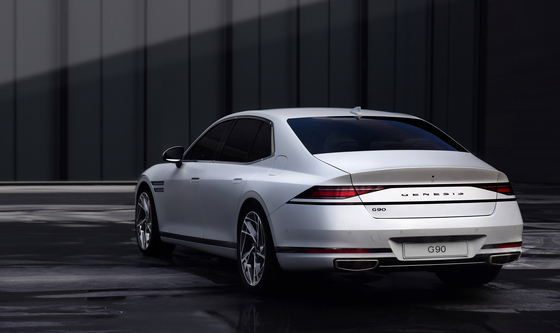