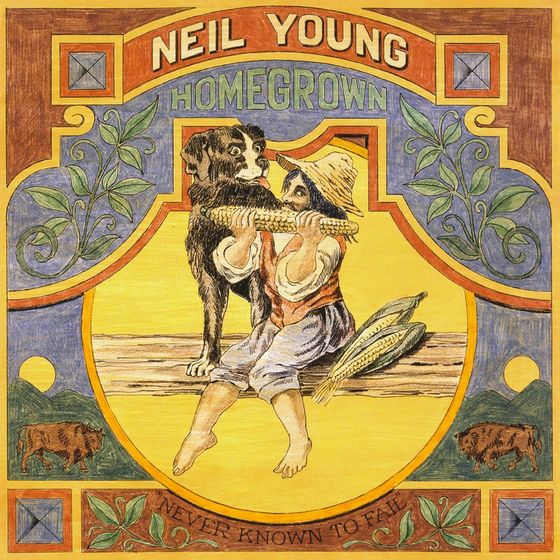 Neil Young’s “Homegrown,” finished 45 years ago but not released until now, is the missing link during one of his most productive and creative periods.

If it had been released as originally planned, “Homegrown” would have come out after his smash “Harvest” that includes two of his most-loved songs, “Heart of Gold” and “Old Man.” In the decades that followed, five of the 12 songs that are on “Homegrown” were released, in one form or another, but never as Young originally intended.

The legend and mystique around “Homegrown,” much like the lost Beach Boys record “Smile,” only grew.

Now, nearly 50 years later, Young is unleashing what he describes as “the one that got away.” As any Young fan knows, there is far more than just “one” that got away from the artist known for his mercurial ways, recording and then shelving projects numerous times over his career.

But what to make of “Homegrown”?

It’s Young’s breakup record, coincidentally recorded the same year as one of the most famous breakup records of all-time -- Bob Dylan’s “Blood on the Tracks.”

“Homegrown” also features backup players closely associated with Dylan. There’s Robbie Robertson and Levon Helm from The Band, along with Emmylou Harris on one song. Longtime Young collaborators Ben Keith, Tim Drummond and Stan Szelest are also on board.

That all combines for a familiar mid-1970s sound for Young, with acoustic guitar and harmonica dominating.

There are songs long familiar to Young fans, most notably “Love is a Rose,” -- one of five songs that would appear in different versions on subsequent Young records. There’s also the out-of-left-marijuana-field “Florida,” that's one of seven previously unreleased tracks, which is less of a song and more of a stoned stream of consciousness ramble.

“Homegrown” stands up nearly 50 years later as both a work of art and as filling a gap in Young’s storied career. AP