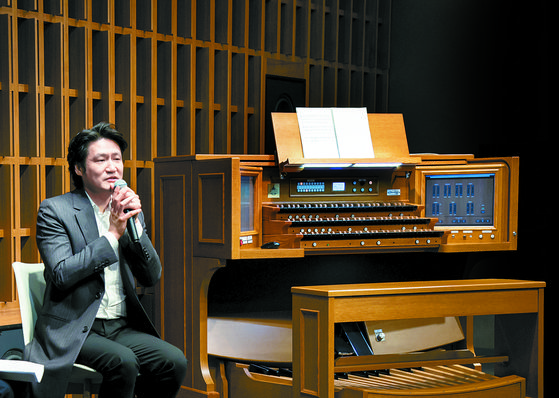 For his upcoming solo concert, fans of pianist Cho Jae-hyuck are in for a bargain as they'll be able to enjoy Cho perform on not one, but two instruments: the piano and the organ.

It’s not unusual for a pianist to learn how to play the organ, but it is definitely rare for them to master both instruments and be able to hold a concert at a prestigious venue or moreover, release an album under a famous label.

The two instruments have similar features, but according to Cho, how you play them and how they sound are quite different.

Though both are keyboard instruments, the piano falls into the realm of percussion instruments whereas the organ belongs to wind wood or brass family as sound is produced by driving pressurized air through the organ pipes selected from a keyboard.

That is why one of the pieces in Cho's new album titled, "Pahdo," his organ often sounds like the daegeum, a traditional Korean flute. “Pahdo,” -- which means “waves” in Korean -- is by Korean composer Kim Texu and will have its world premiere at Cho’s concert on July 13.

For the first half of the concert, Cho will be performing on the piano before moving onto the concert hall’s famous pipe organ for the second half. 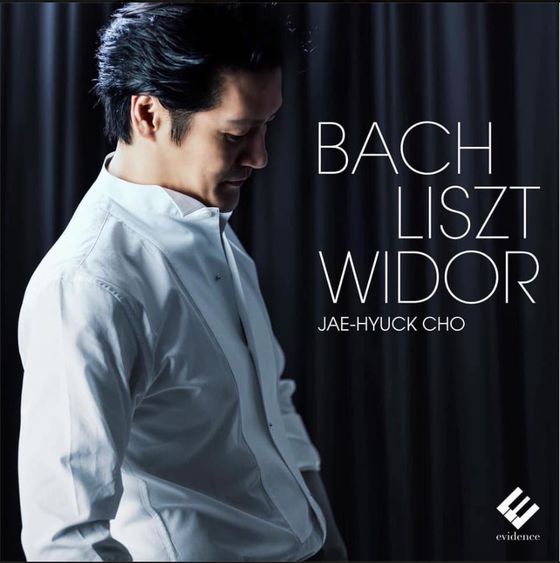 “There are so many different ways to play the organ, depending on how you handle the instrument,” said Cho. “That is why I think it’s really difficult to reach a level of perfection. When you look at the music score of an organ piece, it’s quite empty because you pretty much have to recreate the sound by deciding on your own way to play it. It’s really difficult to explain in words but it’s like handling a machine rather than a musical instrument.”

The difficulty in mastering the instrument and its complexity was the reason that Cho became mesmerized by it, he says.

“I used to love machines and figuring out how they worked. So when I was younger, I dismantled nearly all the electronic goods I could get my hands on from a cassette player to a washing machine, television and refrigerator,” Cho confessed. “I think that curiosity led me to this instrument.”

According to Cho, the more he understood the mechanism behind the organ, the more fascinated he became.

“If an organ pipe goes out of tune before a concert, I can basically go up and give the pipes a nudge and make it work. You don’t need to call a mechanic when I’m there,” he said, chuckling.

Cho’s new organ album was recorded at the famous La Madeleine, a catholic church in Paris which was also the venue for the funeral of Chopin in 1849.

Cho says it’s an honor, especially as an Asian pianist, to have the opportunity to use the organ in La Madeleine and record there.

The album begins with Bach’s “Toccata and Fugue in D minor, BWV 565,” a famous tune for the organ.

It also features Widor’s “Bach’s Memento: V.Sicilienne” as well as his “Organ Symphony No.5, Op.42 No1: V.Toccata.”

A piece that Cho really wanted to add to the album and “thankfully the label allowed [him] to include” is Liszt’s “Fantasy and Fugue on the Choral ‘Ad nos, ad salutarem, udam,’ S. 259.”

“Ever since I began learning how to play the organ at age 16, I dreamed of performing this piece,” he said. “After retiring as a performer, this is the first piece Liszt wrote for his organist friend. It’s so grand and difficult, so I wanted to try it.”

Like many other artists, most of Cho’s scheduled concerts overseas have been canceled. He says he wanted to take this opportunity to introduce more organ pieces to Koreans who are relatively less familiar with the instrument compared to European audiences.

“The organ is an amazing instrument and it somewhat gives you peace of mind,” said Cho. “When I hear the sound of the organ, I get transported to this peaceful church and I feel like the tunes are praying for me. I hope the audience members can identify with that feeling too.”