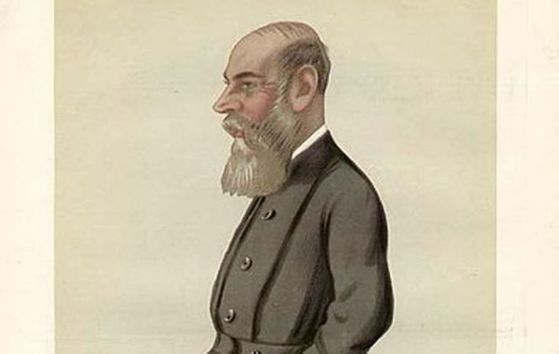 A portrait of Charles Boycott.


Charles Boycott (1832-1897) was a British Army Captain stationed in Ireland. After leaving the military, he worked as a property manager for an English landlord in Ireland. The lives of Irish farmers in the 19th century were harsh. People died of starvation due to the famine caused by the potato crop disease in the 1840s, but landlords still charged tenants high fees.

In 1880, the Land League started a movement to promote the rights of tenants. They advocated for fair rent, fixed tenure and free sales of crops. Boycott kicked out the tenant farmers who joined the movement.

Things developed in an unexpected way. Local people turned their backs on Boycott. Farmers refused to lease land from him. Stores did not sell necessities to him. His maids and servants also quit. In September 1880, Boycott contributed a letter to the Times. Upon learning about the difficult situation, an anti-Irish group sent workers to his farms and the harvest was finished. But the landlord fired Boycott in December for giving him a bad reputation. Local people’s act of ostracizing Boycott was named “boycotting.” It now refers to acts of abstention from buying and ostracizing.

As a result, its stock price fell and 67 trillion won ($55.7 billion) evaporated. What moved the advertisers was the people. Advertisers realized that they could become the target of boycotts. Just as Boycott was 130 years ago, today Facebook has become insensitive to the changing spirit of the time. The result is a boycott.

On a side note, there is a term “girlcott,” which traces back to a movement promoting purchases of products from New Zealand organized by an American women’s peace movement group in the 1980s.

As New Zealand opposed a U.S. nuclear vessel from making a port call, the Reagan administration considered trade retaliations. So the group started the movement in protest. For political correctness, “boy” was replaced with “girl.”

It will need to be more ubiquitous for the term to be used as widely as boycott is.

Another Trump in four years? (KOR)