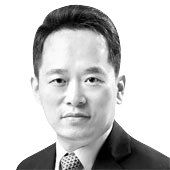 
The goal of the real estate policy of the Moon Jae-in administration seems to be “inflating home prices in Seoul.” Over the last three years, the government has trotted out 21 sets of measures to ostensibly curb soaring real estate prices. The ridiculous number exemplifies the futility of the policy. A company would have gone bust a long time ago if it had erred so many times. Yet eternal hope springs for the liberal administration. It’s ready to squeeze out more.

The government is steadfast in its conviction that residential real estate prices in Seoul must be tamed. But it should put an end to its worthless attempts to do so, as it also denies the basic human right of pursuing happiness. A stroll through the past could be helpful to understanding the problem.

South Koreans on average lived in two-room homes up until the 1970s. After wealth built up through urbanization and modernization, family members began to have their own rooms. It has been less than 30 years since people have gotten used to having rooms to themselves.

After demand for having one’s own home increased, past governments offered opportunities through an application system to which people could subscribe and be awarded with newly developed apartments based on their age, longevity of home savings, family units and other references. Since then, middle-class families owning their own homes has increased. When per capita income reached $30,000 — a threshold of a developed nation — Koreans moved to neighborhoods with better traffic, education and other infrastructure. As a result, the populations residing near the capital is expected to exceed the number living elsewhere starting next month. The population concentration around the capital is likely to last at least 50 years. A chronic shortage of homes won’t be solved easily since the home supply ratio has plateaued around 95 percent due to an increase in single-member households in Seoul.

Even as an undersupply is the clear reason for the surge in prices, the government incessantly caps supply through multiple regulations to suppress demand. It is aiming for the impossible. Every human wishes to live in a good home and is free to do so. New offerings draw explosive crowds. This is genuine home demand.

After repeated tax hikes and loan and purchase regulations, apartment prices in Seoul continue to skyrocket. Even an NGO supporting the liberal government has come to the conclusion that the government’s real estate policy failed. Its study showed apartment prices in Seoul jumped 52 percent over the last three years, compared to an average gain of 29 percent during the four years under President Park Geun-hye and a 3 percent drop over five years under President Lee Myung-bak. As it has become harder to buy a home, people are rushing to take out loans to compete for any new apartment offering.

Moon reiterates that he will normalize home prices because overpriced home prices in Seoul frustrate the broader population. He may be right, but his goals are hardly realistic.

It is not difficult to predict what lies ahead. The market’s supply and demand moves on — no matter what. Prices may stall for the time being given the government forced home buyers to get permission for extra home purchases in hot real estate zones. In the long run, however, things could be different. In his bestselling book “Capital in the 21st Century,” French economist Thomas Piketty used wealth and income data in various countries over the last century to show a decisive upward curve in wealth concentration, even in socialist economies. Apartment prices in China as well as North Korea have been on the rise. Home values in metropolitan cities in Japan also have been rising.

Apartments are basically commodities. As long as there is demand, prices will go up. Over 1 million residential units across South Korea remain empty. They will stay unwanted if they are shunned by consumers. But if there are sufficient homes consumers want to live in, the market will become stable.

If regulations continue to fan home prices, only people without homes — and young families in their 30s — will suffer. Homes are an essential means to build wealth for ordinary families in Korea. Many presidential staffers in the Blue House own two or more houses. The government has failed enough. It must stop the wishful thinking and the wasteful experiments.