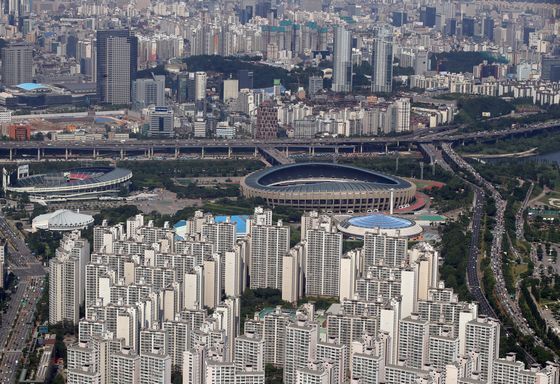 HAN AE-RAN
The author is the head of the financial team of the JoongAng Ilbo.

“Mom, are we moving again?” was the title of a series that ran on the cover of the JoongAng Ilbo beginning on March 22, 1990. It focused on people who were cornered by the soaring prices of jeonse, a long-term housing rental deposit in Korea. The series included an interview with the surviving family members of a man who killed himself after being unable to afford a 1.5 million-won ($1,250) hike in the jeonse amount. The youngest of four sisters, a nine-year-old, didn’t understand the situation and was smiling at her mother in the photo.

Over just a two-month period in 1990, 17 people were driven to suicide by increases in jeonse. For financially disadvantaged people, jeonse prices were a matter of life and death.

In the three years and two months from the end of 1986 through February 1990, the housing sale price of urban areas across the country rose 47.3 percent, while jeonse prices soared by 82.2 percent. The media suggested that if high-level government officials were living in rented homes, they wouldn’t allow the jeonse price go up so drastically.

There were many reasons that the lease deposit went up. With a weak U.S. dollar, low oil prices and low interest rates, real estate prices surged. A law in 1989 increased the housing lease term from one year to two years. People who were waiting to move into newly developed cities like Bundang added to that demand.

If the jeonse price increase had been left uncontrolled, the administration could have been in jeopardy. Various deregulatory measures incentivizing multi-unit rental housing were imposed. City developments in Bundang and Ilsan were accelerated. In 1991, housing prices finally dropped by 2.1 percent nationwide, and by 0.5 percent in Seoul.

The unprecedented housing supply — with two million new units flooding the market — worked. In an interview with the JoongAng Ilbo, then-secretary for economic affairs Moon Hee-gap, a mastermind of new city development projects, said, “Is there any other choice than building more homes when tenants killed themselves after housing prices rose by 20 to 30 million won?”

Currently, money is flowing in the market because of the zero percent interest rate. And a considerable number of potential home buyers are waiting for the completion of a third round of new cities and a price cap on new apartments.

A number of bills to protect the rights of tenants are awaiting legislative approval.