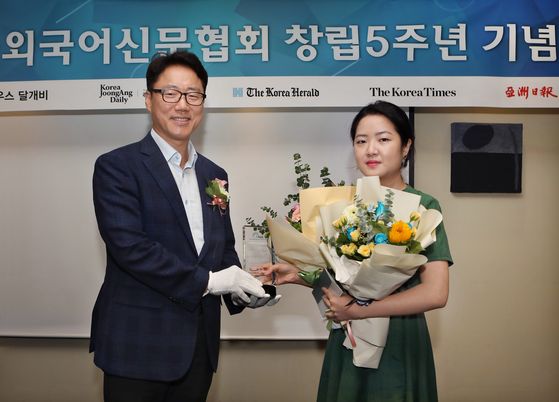 Ryu Kwon-ha, left, CEO of the Korea JoongAng Daily, and Yoon So-yeon, right, a culture reporter at the Korea JoongAng Daily, pose for a photo after the Foreign Language Newspapers Association of Korea selected Yoon as one of five outstanding reporters of the year during the event celebrating the fifth anniversary of the association on Monday. Yoon was credited with writing stories, creating video news clips on K-pop and providing prompt news on Korean pop culture. [PARK SANG-MOON]