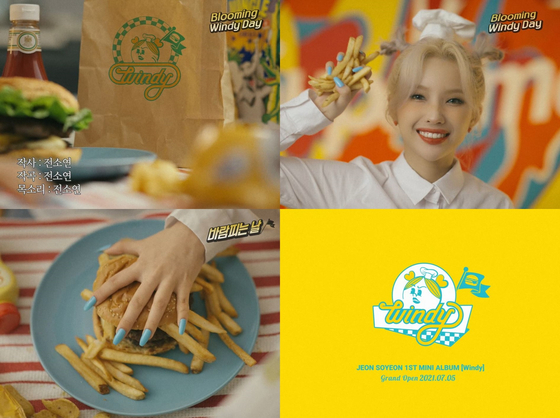 Jeon So-yeon of (G)I-DLE makes a hamburger in theses captured images from her concept video released on Monday. [CUBE ENTERTAINMENT]


Jeon So-yeon of (G)I-DLE is releasing her first solo EP, according to her agency Cube Entertainment.

She released a concept video on Monday through the group’s social media channels and YouTube to tease the new project.

In the video, Jeon is wearing a chef’s hat while making a hamburger. She also previously released teaser illustrations reminiscent of a fast-food take-out box.

“Jeon, as the leader of the group, has been known as an idol who can compose music, write lyrics and even produce,” said her agency in the release.

“Many are paying attention to what new characteristics Jeon is going to unveil through her first EP.”