All that glitters is gold for nervous investors

All that glitters is gold for nervous investors 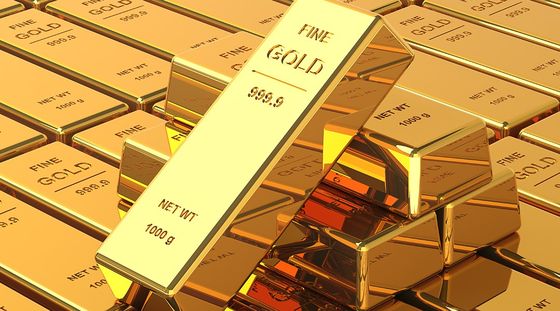 Gold is shining a little brighter as economic uncertainties caused by the coronavirus pandemic are forcing risk-averse investors to look for safer assets.

Referred to as a safe-haven asset, gold is likely to increase in price during uncertain times as investors turn to the precious metal for insurance against further economic fallout.

On June 20, global investment bank Goldman Sachs raised its gold price forecast, anticipating that the metal will hit $2,000 an ounce as it expects a rally in bullion to continue due to currency debasement fears. The bank in January raised its 12-month gold price estimates to $1,800 per ounce.

Based on the Goldman Sachs’ prediction, the gold price is expected to reach an all-time high in the coming year.

Gold traded at $1,804 an ounce on June 30 on the Comex in New York for the first time in more than eight years, coinciding with low interest rates and a resurgence in coronavirus cases that drove up demand.

“The monetary accommodation and fiscal spending across the world for the foreseeable future will cement and extend the gold rally, as investors target bullion for its hard asset characteristics and liquidity,” said James Steele, chief precious metals analyst at HSBC.

Gold, which was traded at about $1,400 per ounce last year, has been rising steadily since the coronavirus crisis began. Today’s gold prices can be compared to those in 2011, when gold was the preferred safe haven during the aftermath of the 2008-09 global financial crisis. 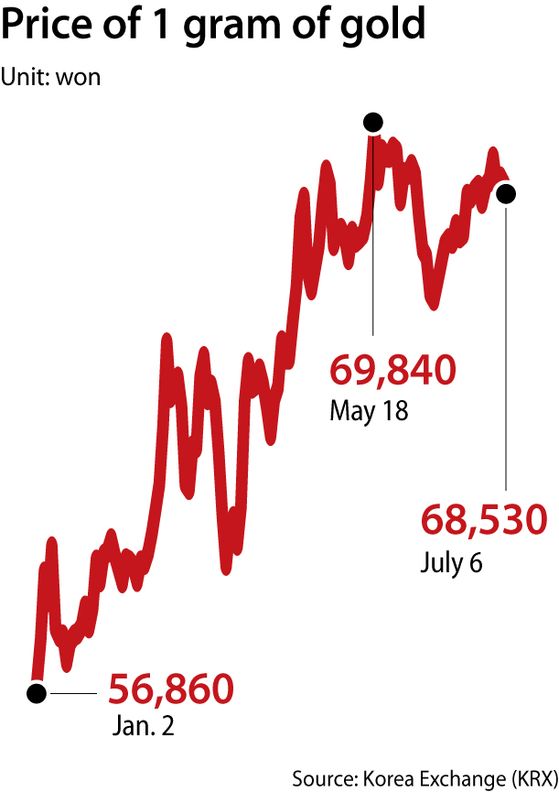 Korea's gold turnover stood at 710 billion won over the first half of the year, exceeding the 591.9 billion won posted for all of 2019, according to data released by the KRX. About 11.06 tons of gold were traded, equivalent to purchasing 2.95 millions gold rings, which are typically made of 3.7 grams of gold.

On Jan. 8, gold had the highest average daily trading volume at 16.4 billion won, or about 272.6 kilograms.

Interestingly, 56.1 percent of investors participating in the gold market are people in their 20s or 30s, reflecting a high level of interest among younger investors.

After purchasing gold traded on the KRX, investors can convert it to physical bullion within two business days at a brokerage firm.

Gold is little more expensive in Korea compared to the international market. According to the KRX, the disparate ratio — the difference in the price of gold between Korea and the international market — is about 0.1 to 0.4 percent. Assuming that the price of gold in the global market is 100,000 won, for example, it is likely to be about 100,100 won to 100,400 won in Korea.