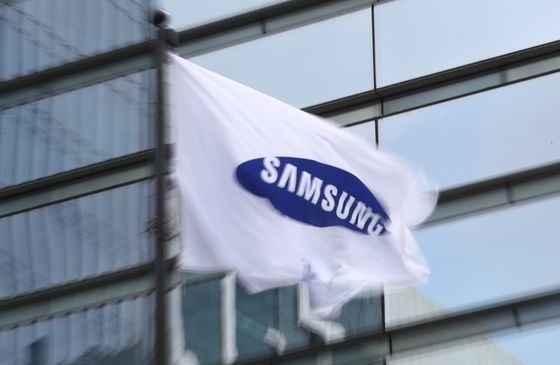 
Samsung Electronics outperformed analyst expectations in the second quarter thanks to a stunning comeback by its semiconductor business and a one-time gain in the display division.

The upbeat results represented a 22.73 percent increase compared to the same period last year and a 25.58 percent jump quarter-on-quarter, making it the best performance since the fourth quarter of 2018.

Sales were estimated to reach 52 trillion won, again topping a market estimate of 51 trillion won. That figure is down 7.36 percent from over a year ago and a 6.02 percent decline compared to the previous quarter.

An unexpected boost came from the tech giant’s deal with Apple, in which the latter reportedly reimbursed Samsung for missing sales target of organic light-emitting diode (OLED) displays that the two companies agreed upon.

Samsung stopped short of breaking out operating profit by division, only mentioning there was a one-time gain in the display sector.

The strong results are also due to robust demand for dynamic random-access memory (DRAM) chips for servers and Solid State Drives, which has translated into boosted prices for memory and storage products, according to market analysts.

Demand for chips for servers has skyrocketed because so many people around the world are working from home and are consuming online content due to the coronavirus.

“Growing investment in data centers, fueled by the moves to minimize human contact [during the coronavirus pandemic], pushed up the prices of server DRAMs by 20 percent in the second quarter alongside with a 10 percent increase in the average selling prices of DRAM and a 7 percent jump in NAND flash,” said Doh Hyun-woo, an analyst at NH Investment & Securities.

Doh projected that Samsung's semiconductor business will likely account for 5.2 trillion won of the 8.1 trillion won in operating profit, up 52.9 percent over a year ago.

Another positive factor was a quicker-than-expected recovery in sales of consumer electronics goods and smartphones, according to Kim.

“With the lifting of the global lockdown, shipments [of electronics machines and devices] gradually increased especially in June,” Kim said.

Smartphone sales benefited from the eased shutdowns and improved consumer sentiment. Samsung’s smartphone shipments were estimated to be 54 million for the quarter, Kim said. His initial expectation was 50 million.
Analysts forecast that Samsung will have an even stronger third quarter, if the recovery from the pandemic is more robust than in the second.

The company is pinning hopes on its upcoming Galaxy Note 20 and Galaxy Fold 2 to boost shipments of smartphones in the third quarter.

LG Electronics also reported a better-than-expected profit for the second quarter in a preliminary estimate on Tuesday, helped by strong sales of home appliances.

Its operating profit came in at 493.1 billion won, higher than a market consensus of 405.8 billion won. Still the figure was down 24.4 percent from a year earlier.

LG recorded 12.8 trillion won in sales, down 17.9 percent compared to the second quarter of last year.