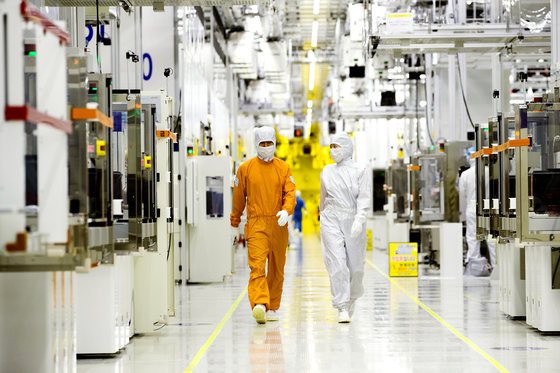 
It is a record for the company for a second quarter and higher than expectations. Analysts forecast second-quarter operating profit at 10.9 trillion won, according to FnGuide.

Prices of most microchips, including memory chips and microprocessors, have been on the rise amid global shortages.

Analysts forecast 7 trillion won to 8 trillion won of operating profit in the second quarter for the company's semiconductor division on demand from data centers and manufacturers of a wide range of electronic devices, such as PCs and tablets.

That would return the company's chip division to being its most profitable after being eclipsed by the smartphone division in the first quarter.

Operating profit from consumer electronics may have dipped below 1 trillion won as software and liquid crystal display costs rose.