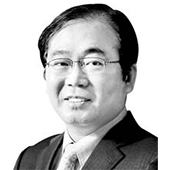 
The 22nd set of real estate measures by the Moon Jae-in administration has been released. The government is raising taxes on acquisition, possession and transfer of houses to two to three times the current levels. It aims to force multiple homeowners to sell any extra residences they do not live in. The operator of an online community, Real Estate Study, with 1.13 million users warned against the possibility of the government “legitimately” forcing people to hand over their homes to the state.

Over the last three years, the government has enforced 21 sets of measures to rein in soaring real estate prices. Yet the median price of apartments in Seoul rose by a whopping 52 percent. Will tax weaponry do the work? Probably not. Every government since the 1960s has implemented measures to tame housing prices. Taxes never succeeded in controlling them.

Many experts warn that multi-homeowners will choose to transfer their properties to family members instead of selling them. Tenants fear there will be a spike in rents if landlords pass along their increased tax burden onto them. In the end, the measure will do little to bring down the sky-high prices of apartments in Gangnam due to a critical lack of supply.

Last week, President Moon Jae-in ordered sweeping measures to put the brakes on skyrocketing real estate prices. “That should be the top priority in government policy for the people,“ he stressed. Moon asked the government to do its best to rein in real estate speculation, protect people looking for places to live in and address the issue of housing supplies for ordinary and young people. He is right.

But the market is skeptical. According to the Citizens’ Coalition for Economic Justice (CCEJ), people’s unearned income increased by 493 trillion won ($410 billion) thanks to the surge in housing prices under the Moon administration. Under conservative President Lee Myung-bak, people’s property wealth shrank by 35 trillion won.

The liberal administration has made the country a heaven for passive wealth builders and caused misery for the greater population working hard to make a living. Rival parties and progressive groups like CCEJ are all demanding Land Minister Kim Hyun-mee resign over her policy flops. Yet she insists her measures are “working fine.”

After announcing a set of measures on Aug. 2, 2017, Kim advised multiple homeowners to sell their excess properties. But homeowners became winners after defying her call because real estate prices shot up. People sneer that if you want to get rich, you just do the opposite of what the minister says.

Moon’s Chief of Staff Noh Young-min came under fire for selling an apartment in his hometown in Cheongju while keeping one in Banpo, southern Seoul, after all staffers were ordered to own only one residential property. Noh gave into public outrage and put his apartment in Banpo up for sale. When he leaves the Blue House, he may not have a home to live in. Blue House aides, ruling party lawmakers and government officials have suddenly become sinners because of real estate policy failures. This can hardly be normal.

Former liberal President Roh Moo-hyun finally admitted his defeat in the war against real estate speculation and took the finance ministry’s advice to increase supplies. The government kicked off massive suburban development and created 12 new towns around the capital. The campaign was led by Deputy Finance Minister Bahk Byong-won.

In a telephone interview, Bahk said the finance ministry had to lead the development since it involved land purchases from various government offices, including the Defense and Agricultural Ministries. “If the government leaves the issue to the Land Ministry, it cannot increase supplies,” he said. But Moon summoned Land Minister Kim to the Blue House early this month and ordered tougher measures, including tax revisions, which fall under the jurisdiction of the Finance Ministry.

Gangnam districts in Seoul enjoy unrivalled popularity because they have good schools and traffic infrastructure. Standards of other districts should be raised as well. If elite schools are established in Gangbuk, or northern Seoul, a frenzy for cram schools in Daechi, Gangnam, will eventually vanish. Subways are easily accessible in every part of Gangnam. The neighborhood of Hongeun-dong in northern Seoul, where Moon used to live in before moving to the Blue House, requires a 25-minute walk to get to the closest subway station. Such disparities should be fixed to break the Gangnam myth.

Supplies also must focus on Gangnam. Former President Lee Myung-bak removed green-belt zones to increase affordable homes in Gangnam and helped bring down soaring housing prices. If green-belt zones can no longer be removed, there is the option of lifting the 300 percent floor area ratio (FAR) to 500 percent as in New York or London.

The president is right to stamp out speculation. He must find effective ways to draw constructive investment from the 1,130 trillion won in money stacked away amidst record-low interest rates. Ideally, the money should go to start-ups. He must first replace the impotent Land Minister. Ahn Cheol-soo, head of the People Party, said that if 21 batters fail to make a single hit, the coach must call up a pinch hitter. Moon used to brag about his role as a cleanup hitter when he played ball in his younger days. We hope he makes a hit this time too.

A retreat of democracy

Not a good start (KOR)