Learning from the Tories

Learning from the Tories 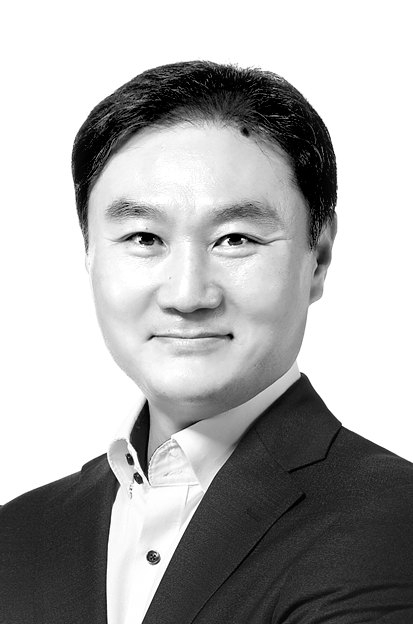 Kim Hyoung-gu
The author is political news editor of the JoongAng Ilbo.

Britain’s Conservative Party suffered a historic defeat in the May election in 1997. A month later, the party made a dramatic move in the party leadership primary, as 36-year-old William Hague was elected new party head. It was a strategic choice as 44-year-old Tony Blair’s Labour Party successfully changed the game with the “Third Way.” But Hague was under fire for frequent blunders and stepped down after losing the 2001 election.

The Conservative Party had been clueless until 39-year-old David Cameron was elected the new head. He advocated reform policies, such as consideration for the socially disadvantaged and environmental preservation, which the conservatives had neglected. Cameron’s efforts to move the Conservative Party’s line from right to the center led to election victory in 2010 and returning to the government after 13 years.

The 20th century was the century of the Conservative Party in Britain. The party was in power longer than the Labour Party. But nothing was earned for free. When the party led by World War II hero Winston Churchill suffered an unexpected defeat by the Labour Party in 1945, the Conservative Party changed everything. It rebuilt the vulnerable youth organization and presented the “Industrial Charter,” which was so radical that Churchill asked if there were socialists in the conservative party. It retook power in 1951 after making various efforts, including extreme measures.

I am discussing the desperate history of the Conservative Party’s revival as it stood in sharp contrast to the chaotic situation of Korea’s conservative opposition People Power Party (PPP). After 36-year-old Lee Jun-seok was elected chairman of the PPP, ruling Democratic Party (DP) head Song Young-gil got anxious and asked, “Is he really becoming the leader?” Two months after Lee became PPP head, chaos and division of the conservative party is serious. Lee exchanged harsh language with presidential runners, exposing internal division. The discord between Lee and Yoon Seok-youl, former prosecutor general and dominant frontrunner among presidential aspirants of the PPP, led to the possible impeachment of the young party leader. The essence seems to be far more complex and serious than what’s shown on the surface. It can be presumed that Lee’s “anti-Yoon, pro-Yoo Seung-min remarks” on a YouTube video posted in March triggered the dispute. The fight between the two has escalated after a transcript of a call between them was leaked.

While the internal discord is serious, there is an even bigger crisis. None of the 13 presidential runners have shown hopes and visions to appeal to the voters. During the 2016 U.S. presidential election, Hillary Clinton’s victory was expected, but Donald Trump won the election by stimulating the hearts of the Rust Belt voters with a single slogan, “Make America Great Again.” What about the PPP? It only advocates an anti-Moon stance and repeats the argument “We’ll turn everything back.” Former Prosecutor General Yoon claimed to “rebuild fallen fairness and commonsense,” but he made many slips of the tongue, and his rating is gradually declining. Former Board of Audit and Inspection head Choe Jae-hyung was supposed to be a dark horse, but he also has failed to present a clear answer to why voters should support him. When asked about pending issues, he said, “I haven’t studied enough.” He only focuses on fighting the past. “I will review all regulations made in the Moon Jae-in administration from the beginning,” said Choe.

Meanwhile, minor opposition People’s Party (PP) head Ahn Cheol-soo said that he will not merge his party with the PPP. As a result, the March 9 presidential election is likely to be a three-way battle again. That’s good news for the DP. The ruling party considers next year’s presidential election as a battle between themselves.

Seoul National University’s political science professor Kang Won-taek wrote “How Conservatives Survived,” a book on the 300 years of the British Conservative Party. Kang argued that the Conservative Party prioritized seizing power over old principle and ideology, had flexibility of not refusing changes, and expanded the base to include the majority. If the PPP has the three elements — the strong will to seize power, flexibility and base expansion — it can take a step closer to changing the regime. But the internal battle made me doubt whether it really has the will to seize power. It is hard to find flexibility from the presidential candidates who only rely on anti-Moon sentiment and regional preference. A failure to merge with the PP, which styles itself as a pragmatic centrist party, raises doubts.

“The long history of the Conservative Party did not always have success stories. What made the party troubled were internal discord, division and weak party leadership,” concluded Prof. Kang. If the presidential election were to be held today, it won’t be easy for the party to write a history of a conservative revival.

Not a good start (KOR)