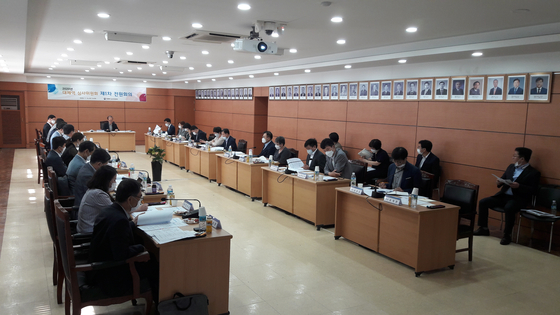 
For the first time, the Korean government approved a form of alternative public service for conscientious objectors to mandatory military service, according to the Military Manpower Administration (MMA).

Wednesday's decision came two years after the Constitutional Court ruled the country’s conscription law – which offered no alternate options for those objecting to military service – unconstitutional in June 2018.

A committee of 29 experts including legal professionals, professors, human rights activists and civil servants, held its first meeting Wednesday and agreed to allow 35 men deemed eligible for the new provision to partake in another kind of public service in October.

All able bodied men in Korea are required to serve around two years in the military.

The 35 were initially indicted for deliberately evading conscription for religious reasons. They were exonerated by the Supreme Court on the grounds that they were exercising their freedom of conscience.

In October, the 35 men will be posted to correctional facilities across the country, where they will be required to work for a total of 36 months. This is almost twice the length of time ordinary conscripts are required to serve in the Army, currently 21 months, which will be shortened to 18 in 2021.

The recruits will be responsible for duties like food distribution, sanitation and janitorial duties, which are considered similar to duties performed by conscripts in the military, the MMA stressed.

In the future, other alternative services are likely to be offered, such as jobs related to the national firefighting service or welfare.

Conscientious objectors will be classified as civilians during their months of service. If they commit crimes while serving, they will be tried in civilian courts rather than in military courts.

Like their military counterparts, who are required to show up for reserve forces training for several years after their military service, these civilian recruits will be required to perform intermittent duties at correctional facilities for the next eight years.

Future conscientious objectors will be vetted on eight separate criteria. Those applying for religious reasons will have to prove they are confirmed believers in a religion that forbids military service, like Jehovah’s Witnesses. They will need to prove how long they’ve attended religious services in question as well as clarify how they came to be believers.

Objectors applying for moral reasons will likewise be required to prove the basis, length of adherence and consistency of the moral principle impelling them to refuse military service.

Any conscripts who submit false reports during their applications will face a prison sentence lasting one to five years, according to the 2019 law on alternative service.

Wednesday was the first day Korea took a step toward implementing alternative service, said a committee member. “We will do our best to build on this first step so that this alternative service system quickly becomes ingrained [in our society].”