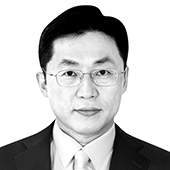 
On July 26, there will be 100 days left before the U.S. presidential election on Nov. 3. Despite his incumbent presidency, U.S. President Donald Trump appeared to be behind Joe Biden — presumptive presidential nominee of the Democratic Party — in terms of popularity as well as campaign funds and supporters. While Biden engages in a low profile campaign other than TV advertisements, Trump is aggressively promoting himself through frequent White House press conferences.

And yet, the gap between their ratings remains unchanged. Will Trump be able to overcome Biden’s current lead? According to a political poll by FiveThirtyEight on Saturday, Trump is led by Biden — 41.6 percent to 50.5 percent — 8.9 points behind his rival. In the joint poll by ABC and the Washington Post, also released on Saturday, Trump scored 40 percent among the registered voters, while Biden scored 55 percent.

The trend continues since the resurgence of the Covid-19 and the spread of the “Black Live Matters” (BLM) protests in mid June. In mid July of 2016, Trump managed to narrow his gap with Hillary Clinton to two to three points and managed to go ahead in the poll later that month.

A big difference is that Biden’s lead remains steady compared to the situation four years ago.

At the time, Clinton won popular vote by a margin of 2.1 percent, but Trump won swing states to defeat her. The final Electoral College totals were 232 for Clinton and 306 for Trump. But in swing states like Michigan, Pennsylvania, Wisconsin and Florida, Trump is led by Biden by a big margin.

Voters under the age of 45, white Republican voters with university educations, moderate Republicans and those without party affiliations largely turned against Trump as they became upset about his unreasonable actions, such as refusing to wear a face mask amid the Covid-19 pandemic and his embracing of the Confederate flag.

Although he is the incumbent, Trump’s presidential fundraising in the second quarter was behind Biden’s. According to the Federal Election Commission, Biden’s campaigns —such as “Biden Victory” and “Biden Action” funds — and the Democratic National Committee raised $282.1 million. But Trump and the Republican National Committee collected only $266 million.

The gloomy economic forecasts are also worsening Trump’s chances. The unemployment rate for July went down by 2.2 percentage points from the previous month, but it is still at 11.1 percent. Some 12 million people who had jobs in February remain jobless.

Forecasts were made that the U.S. economic growth rate will drop to minus 35 percent during the second quarter, and many states such as California, Florida and Texas resumed partial lockdowns. It is unlikely that the economy will revive during the third quarter, months leading up to the presidential election.

Steffen Schmidt, a political science professor of Iowa State University, told the JoongAng Ilbo that the economic disaster from the Covid-19 pandemic is a nuclear bomb to Trump. He concluded that it is impossible for the U.S. economy to recover before November. He said Trump won the 2016 election by overthrowing the existing order and creating a split, but that became what Americans want the least in 2020 in the aftermath of the pandemic and BLM demonstrations.

In his new presidential campaign advertisement, Joe Biden stressed that the virus is tough, but the American people are tougher. “Wear a mask. Wash your hands. Stay home if you can and socially distance when you go out,” Biden says. “I want every single American to know: If you’re sick, if you’re struggling, if you’re worried about how you’re going to get through the day, I will not abandon you.” Without mentioning Trump, Biden promoted his leadership in the pandemic.

Economy is just one of three factors that will affect this year’s election along with virus and racial issue, said Thomas Schwartz, a professor of history and political science at Vanderbilt University. It is doubtful that Trump will turn the situation around because of his unruly and reckless attitudes, and most of the American voters already made a decision, he said. He added that China won’t be an important issue because both parties support a hard-line stance toward Beijing.

Some still say that three debates starting with the first session on Sept. 29, 2020 at the University of Notre Dame will be a crucial factor. Robert Schmuhl, an emeritus professor of American studies and journalism at the University of Notre Dame, said that if Biden makes a mistake at the debate, Trump will make a big deal out of it. Although Biden may be in the lead, 100 days is a long time in U.S. politics, he said.