Back in the bubble?

Back in the bubble? 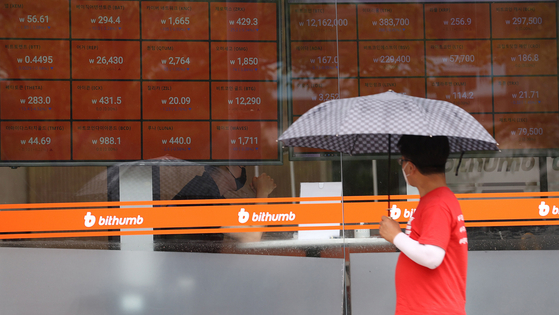 A passerby looks at the prices of cryptocurrencies taped onto the windows of the cryptocurrency exchange Bithumb on Monday in Gangnam District, southern Seoul. Bitcoin, a type of cryptocurrency, was trading above $10,000 or 12 million won for the first time since early June at 7 a.m. Monday, due to growing demand as the economy worsens across the globe. The virtual currency also went through its third so-called halving on May 11, which cut the rewards given to those who mine bitcoin. [YONHAP]