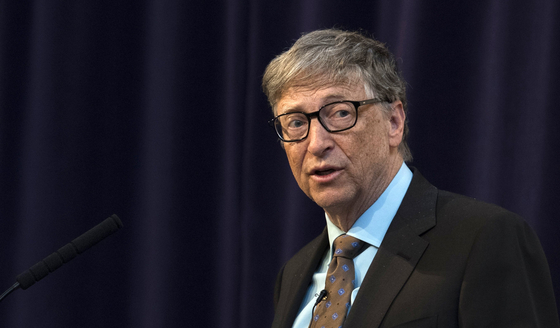 Bill Gates, co-founder of Microsoft and co-chair of the Bill & Melinda Gates Foundation, expressed optimism in Korea's leadership in the development of a coronavirus vaccine. [YONHAP]

According to the Blue House, Gates wrote that if the company succeeds in developing a vaccine, SK Bioscience would be able to produce 200 million vaccines per year starting next June.

Gates’ statements were met with doubts by experts, however, who say his view may be too optimistic.

“Gates may have exaggerated a little in giving his congratulatory remarks for first lady Kim Jung-sook, who was appointed as the honorary president of the International Vaccine Institute’s Korea support committee earlier this month,” said a vaccine expert who wished to remain anonymous.

“It should be noted that Gates’ statement does not reflect reality. It’s the United States, Britain and China that are taking the lead in vaccine development. Gates’ mention of SK Bioscience is likely to be a message of support since the two have ties: The Gates Foundation donated research funds to the company."

In Korea, clinical trials are underway for two Covid-19 vaccine candidates — Genexine’s GX-19 and INO-4800 developed by U.S. firm Inovio. Both were approved by the Ministry of Food and Drug Safety in June and are undergoing Phase 1 and 2 trials.

However, contrary to Gates’ remarks, vaccine development is happening much faster abroad. According to a World Health Organization report, 24 substances have entered clinical trials as Covid-19 vaccine candidates.

Forty-seven coronavirus vaccine clinical trials are registered in the U.S. National Institutes of Health (NIH)'s online database of worldwide clinical studies, more than a threefold increase from April. Five of them entered Phase 3 trials — three in China and one each in the United States and Britain. 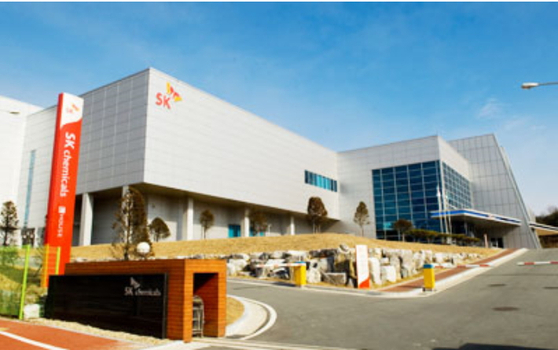 
SK Bioscience, which was at the center of attention after Gates’ comment, is currently developing three coronavirus vaccines — one the company is developing on its own, another funded by the Gates foundation and the third using Korean government funding.

In February, the company launched a research project to develop a vaccine platform that could provide a prompt response to variant viruses, such as the novel coronavirus. In May, the Gates Foundation decided to donate $3.6 million as a research and development fund. In March, the Korea Centers for Disease Control and Prevention announced a partnership with SK Bioscience, along with Celltrion, to develop a Covid-19 vaccine and treatment, respectively. None of these initiatives have reached clinical trials yet.

“The goal is to develop a vaccine as soon as possible, but considering the schedule for clinical trials, it is hard to determine when it will be complete,” said an SK Bioscience spokesperson.

Gates’ statement regarding SK’s 200 million vaccine capacity is also in question. SK Bioscience owns a vaccine production factory L-House in Andong, North Gyeongsang. When the factory is running at full capacity, it can produce 150 million doses per year, according to SK. Last year, it produced 5.9 million doses. Even if the company successfully develops an effective Covid-19 vaccine, a yearly rate of 200 million may not be feasible.

“It is hard to know what evidence was used to back Gates’ claim about producing 200 million doses of vaccine every year,” said an SK Bioscience spokesperson.