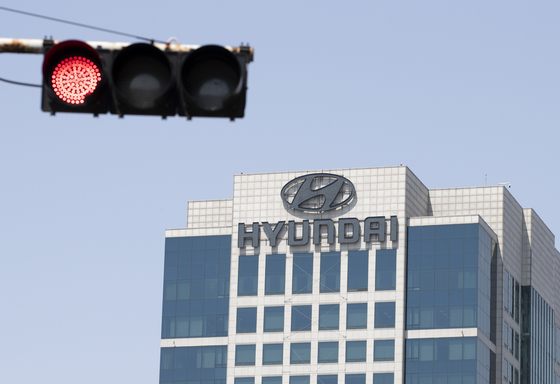 Hyundai Motor is looking to buy American automaker General Motors’ (GM) Russia plant in an attempt to expand its lineup in the country.

The automaker confirmed July 28 that it has requested acquisition approval with Russia's antitrust body, the Federal Antimonopoly Service (FAS), for its intended purchase of GM's manufacturing plant located in St. Petersburg, Russia, which has been shut down since 2015.

Hyundai Motor expressed interest in purchasing GM’s Russian plant last year, but this is the first time the Korean automaker has taken an official step.

GM’s Russia plant was first established in 2008 with the U.S.-based automaker making an initial investment of $300 million. At the time, its manufacturing capacity was 98,000 units per year. The Chevrolet Cruze sedan and Trailblazer sports utility vehicle (SUV) were among the models that used to be assembled there.

In 2015, however, GM shut the plant down as the local economy was experiencing a drastic slowdown due to low oil prices. GM had also shifted its growth to qualitative rather than quantitative, and had started to withdraw from unprofitable markets.

Hyundai Motor and its smaller affiliate Kia Motors, on the other hand, have been working to cement their position in Russia’s auto market. 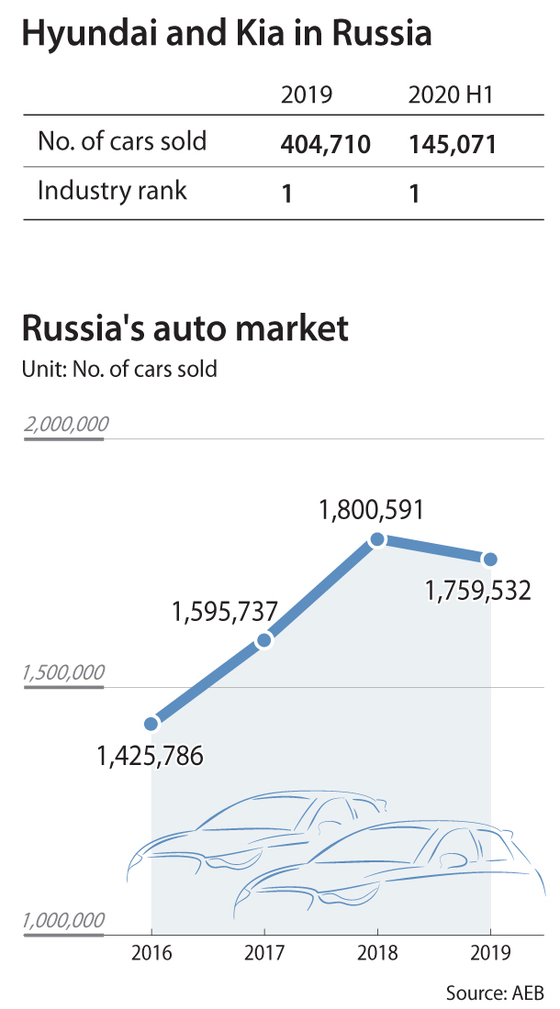 In the first half of this year, Hyundai and Kia again topped the chart by selling 145,071 units despite unfavorable business conditions due to the coronavirus pandemic.

“The latest acquisition is a move to solidify Hyundai Motor’s leading position in Russia,” said Lee Hang-ku, a senior researcher at the Korea Institute for Industrial Economics and Trade. “It is likely the newly acquired factory will be used to manufacture mid- to large-sized SUVs such as the Tucson since Hyundai's existing factory is dedicated to making small cars."

Hyundai Motor initially had planned to launch its Tucson midsize SUV in Russia this year, but the timeline was tentatively delayed due to Covid-19.

The Korean automaker currently has its own manufacturing plant in St. Petersburg that can produce some 230,000 cars per year. The factory produces mostly small cars including Hyundai Motor’s Solaris small sedan and Creta small SUV as well as Kia Motors’ Rio small sedan.

Although Russia’s auto market has faltered lately, it is considered to have a huge amount of potential. After experiencing a drastic slowdown in 2015, it was on a constant uptrend, selling a total of 1.4 million in 2016, followed by 1.5 million and 1.8 million in 2017 and 2018. Last year, it sold 1.7 million cars.

"After hitting the bottom in April, Russia's industrial demand as well as Hyundai Motor's sales has been recovering thanks to aggressive support from the government," Kim Sang-hyun, chief financial officer at Hyundai Motor, said during a July 23 conference call.

"In the latter half, the company will expand market share and defend profitability with the Creta SUV at the center."

Hyundai Motor’s auto parts manufacturer affiliate Hyundai Wia is also building its own engine-making factory in St. Petersburg. Earlier this month, Hyundai Wia broke ground to build a factory that can manufacture engines for 240,000 units of cars starting from October 2021.