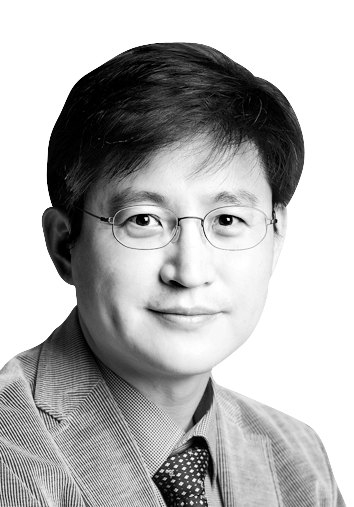 The findings by the Citizens’ Coalition for Economic Justice show apartment prices in Seoul have jumped more than 50 percent over the past three years under President Moon Jae-in. The news is frustrating. Simply put, a 600 million won ($502,976) home now goes for 900 million won. The inflation is no help for landlords either as it has become impossible to move to a bigger space or a better neighborhood because of the spike in housing prices in Seoul.

The string of measures over the last seven months has frozen lending for housing. Common people have been stripped of the freedom in residential mobility. The distress is terrible for those without a home, as it is practically impossible to buy a house in Seoul unless it is inherited from rich parents. The government must take responsibility for killing the dreams of a home for ordinary people.

Rent prices have been equally horrific. Rents for apartments in Seoul have been rising for 56 weeks. They have shot up from 100 to 200 million won higher than three years ago. That much money is too burdensome for salary-earners whose saving can hardly reach 10 million won a year. As a result, people are forced to find smaller spaces or rent outside of Seoul. Even if they are lucky enough to borrow 100 million won from banks, they must shoulder millions of won in interest payment. They must tighten their belts to make the ends meet. The repeated flops in real estate policies have hardened lives for ordinary citizens in many ways.

Punitive taxation has been most harsh among all government policies. Experts commonly advise to lower a transaction tax if a property tax is raised. But the government has increased both taxes.

In a New Year’s press conference, President Moon presented some guidelines on taxes on real estate. He said that it’s difficult to lower a transfer tax as it is a taxation on a kind of unearned income. But the simultaneous increase in property and transaction taxes chokes the market. With no exit in sight, landlords chose to transfer the ownership to family members because a one-time gift tax can be less burdensome than multiple taxes for selling their houses. Daily inheritance of apartments in Seoul increased more than five times since the July 10 measures. Such a rush to inheritance has never been witnessed before.

Despite the harsh taxes, however, landlords were not willing to sell their apartments. As a result, home prices have skyrocketed. Now, many are questioning if the government’s real estate policy is aimed at taxing passive income. Singapore and other populated cities do not raise property and transaction taxes at the same time since punitive taxation can cause unwanted side effects.

The distinctive feature of the Moon administration is that it cannot tolerate a certain class enjoying exclusive wealth. It mulled easing the floor area ratio (FAR) and the greenbelt zones, and then decided not to do that to prevent landlords from benefiting from the appreciation in the values of surrounding properties. The government is not interested in stabilizing housing prices through a meaningful increase in supply. Policymakers are more engrossed with fighting the rich, passive wealth building, and speculative forces than stabilizing the housing market.

It has gone overboard in its campaign to tame housing prices in Gangnam in southern Seoul. It mandated permits for land trades in four real estate hot zones in Gangnam District. But property in the permit zones has become more expensive and fanned housing prices in the areas. If the government was unaware of such side effects, it is blindly incompetent. The measures have only caused pained to middle class and ordinary people.

Unsurprisingly, the government’s spending spree has led to higher taxes on the rich. It has created a new super-rich category and a maximum income tax rate of 45 percent, which is higher than the top rates of 37 percent in the United States and Canada. The levels are on par with the world’s highest in Japan, France, Germany, Britain, and Italy. Is Korea that rich to tax as high as G7 economies? The government justifies the levy, claiming only 0.05 percent of the population, or 11,000 citizens, are subject to the maximum income tax rate.

Still, excessive taxation even on the super-rich can dampen economic sentiment. Tax cuts have historically succeeded in stimulating the economy. Hong Kong has attracted individuals and capital from around the world with light tax — for instance, its highest income tax rate is 15 percent. The keystone of Reagonomics during the 1980s was fighting the stagflation of 1970s through radical tax cuts.

Targeting the rich must not become the core of the Moon administration’s economic policy. The side effects spill over to the market and make life more difficult for the vulnerable. The Korean economy has suffered enough over the last three years.