Eyeing the likes of Uber, government to liberalize venture capital

Eyeing the likes of Uber, government to liberalize venture capital 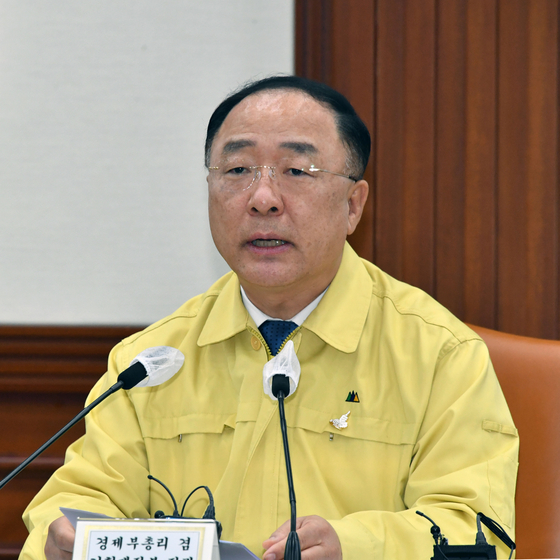 
Holding companies will soon be allowed to create their own venture capital firms.

On Thursday, the government announced a legislative reform plan that will ease conditions that restrict the creation of corporate venture capital (CVC), which has not been possible under laws that prevent non-financial companies from owning financial companies.

“In principle, holding companies will be allowed to own CVCs,” Finance Minister Hong Nam-ki said on Thursday during the government's emergency economic meeting.

Funding companies with investment from people who are members of the founding family of the chaebol will not be allowed. The holding company will have to regularly report to the Fair Trade Commission (FTC) on the portfolio of corporate venture capital companies it creates.

Legislative approval of the reforms could happen this year.

Chaebol that do not have holding company structures are not covered by the current law and can form venture capital subsidiaries. They are only restricted in terms of bank ownership, where they are capped at 4 percent of the stock.

For holding companies, loopholes are possible and have been used.

According to the FTC, of the 64 conglomerates with assets exceeding 5 trillion won ($4.2 billion), 15 own a corporate venture capital firms.

Of the 28 with holding company structures, only four — Lotte, CJ, Kolon and IMM Investment — own venture capital units through subsidiaries.

Nine conglomerates that have not adopted a holding company structure, including Samsung and Kakao, own venture capital companies.

The changes come amid investment challenges during the pandemic.

According to the government, in the first three months of this year, venture investment totaled 746.3 billion won ($624 million), which is a 4.2 percent decline from 778.9 billion won during the same period a year ago.

This contrasts liquidity in the market. As of May, M2 money supply was 305.5 billion won, up 9.9 percent year-on-year.

In a survey of 68 companies by the FTC, 18 said that they would like to form corporate venture capita units. Only seven were conglomerates.

Finance Minister Hong said the government has decided to come up with a measure that would contribute to the strengthening of Korea's innovation and dynamism.

“[The goal is] to not fall behind the global trend and to establish a virtuous cycle in which conglomerates expand venture investment,” Hong said.