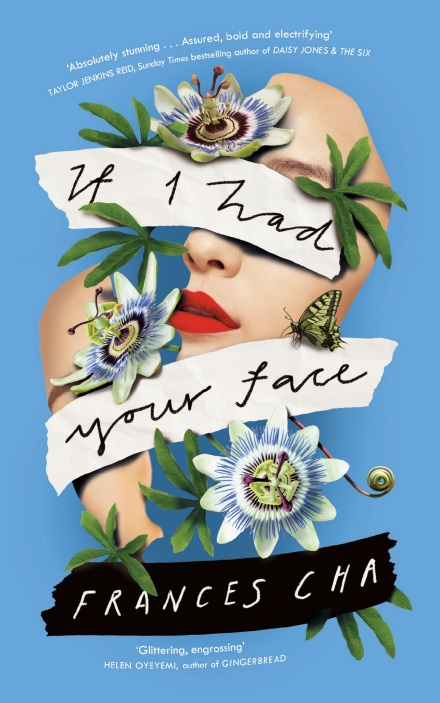 It's very easy for unmarried women living in Seoul to see themselves reflected in the characters at the center of Frances Cha's debut novel "If I Had Your Face."

The novel depicts contemporary Seoul through the eyes of four different characters living in the same officetel building: Ara, a mute hair stylist and K-pop fan; Kyuri, a room salon employee who has had plastic surgery; Wonna, a housewife who is struggling to accept that she’s becoming a mother; and Miho, an orphaned artist whose tangled love life sees her dating — and being cheated on by — the former boyfriend of her friend that committed suicide.


Although dramatic, all of these characters should seem largely believable to anyone who has lived in Korea. The four characters deal with the same issues that women in Korea face today — whether they ought to get plastic surgery to look better, what role they're supposed to play in society, how they should act around other people and the mounting depression that can come from these social pressures. The financial struggles the characters face and the way their social interactions are determined by wealth will also ring true with readers.

The casual conversations between the characters focus more on how women interact with one another, more so than how they act around men. No matter how painful the experiences these women have, the focus seems to be on how they proactively handle them. Instead of being emotional, they collect evidence to fight the boyfriend who cheated or cajole friends of an upset customer at a bar to resolve the situation. The fictional events seem so realistic, the reader almost feels like they're actually catching up with a friend.


The most active and vocal member of the group Kyuri seems to appeal the most to readers, while Wonna, who doesn’t interact much with the rest of the women remains the most mysterious. Wonna seems to represent the dark side we have deep down, if we all have a little bit of each of the four characters in ourselves. She doesn’t seem to be so easily excited at the fact that she’s pregnant, yet focuses more on any difficulties she has to face that come with the change.

Overall, the book covers the type of story we might hear in the news, yet does not delve too deep into explaining what that's about. The focus is on the characters, and it will be interesting to see if the author revisits them in future stories. The novel can appeal to readers that are not familiar with what's going on in Korea, and may even encourage them to read a bit more around the topic to fully understand issues like chaebol, room salons and suicide.

"If I Had Your Face" raises some big questions: Do we really want to look like someone else? Do we really think things can be different if we were born in different families with different financial and social status? The answer is up to the reader, but as the four characters wrestle with their own self-esteem to overcome the issues in their eyes, the reader begins to suspect the answer might be no.