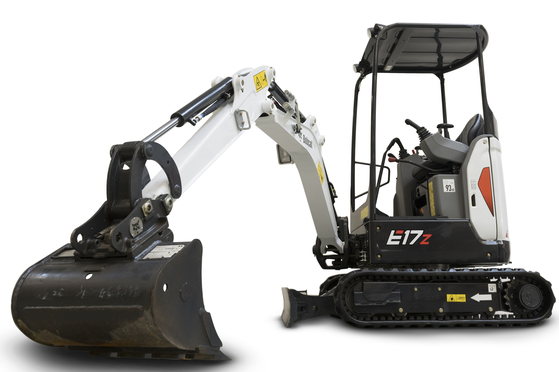 
Doosan Bobcat has started manufacturing small excavators in China, hoping to offer more affordable prices in the country and better reflect changes in the market.


The construction equipment formerly imported small-sized excavators that weigh below 3 tons to China from its factory in the Czech Republic.

Doosan Bobcat, 51.05 percent owned by Doosan Infracore, is manufacturing two models at a factory in Suzhou in the eastern-central coastal province of Jiangsu.

Excavators that weigh below 3 tons are a rapidly growing market in China. Last year, 7,000 were sold in the country, according to Doosan Bobcat. The market there has shown an average 80 percent annual growth from 2016 until last year.

Doosan Bobcat’s goal is to obtain more than 10 percent market share within three years. Its sales of small excavators currently account for 4 to 5 percent of the market in China.

“The small excavator market in China is expected to continuously show high growth on the development of urbanization, resulting in more indoor work, and increased labor cost,” said Doosan Bobcat in a statement. “Having a production base in China, [the company] plans to expand sales to various countries with high potential for growth from those in Asia to Oceania and Latin America.”