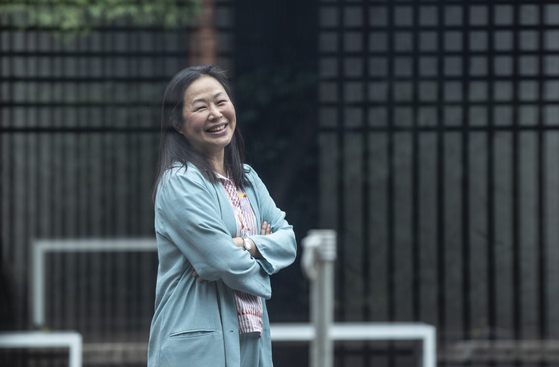 ’Coree d’Ici“ artistic director Nam Young-ho poses for a photograph during an interview with the JoongAng Ilbo in Jeong-dong, central Seoul. [KWON HYUK-JAE]


The coronavirus may have stopped many things this year, but it hasn’t stopped the annual “Corée d’Ici” festival or its artistic director Nam Young-ho.

Nam, who lives in France, came back to Korea despite the two-week quarantine that followed immediately upon her arrival. She spent her time reading and making plans about the people she needed to meet and the places she needed to go. The two weeks were far from boring, she told the reporter when the JoongAng Ilbo, an affiliate of the Korea JoongAng Daily, met with Nam despite the pouring rain.

“It hasn’t been boring at all. I usually prepare for the festival a year and a half ahead, and I’m already loaded with things to do for next year’s festival,” said Nam.

“Corée d’Ici” was first held in November 2015 in the French city of Montpellier to celebrate the 130th year of Korea-France diplomatic relations. The festival’s name means “Korea of here.” Nam was the first to propose the festival to the Montpellier city government in 2015 and has been leading the program since day one. The festival has been held annually for 20 days to introduce Korean culture to French citizens, featuring all things Korean including performances, artwork, literature, K-pop, food and film.

This is the 29th year that Nam has spent in the city of Montpellier. She continued her studies at the Paris Descartes University after graduating from Ewha Womans University department of dance in 1990 and began to perform with the Montpellier City’s dance company in 1992. She founded her own dance company “Coreegraprahie,” which means “to perform Korea,” in 2007 and has been running it since. Nam visited the first vice mayor of Montpellier prior to the 130th anniversary of diplomatic ties between France and Korea, to suggest the idea of “Corée d’Ici.”

Nam’s siblings are also famous in the performance field with three of the six siblings — including Nam — with careers related to the arts. Her sister Nam Jeong-ho is the artistic director of the Korea National Contemporary Dance Company and her brother Nam Geung-ho is a professor of mime and movement at the Korea National University of Arts.

Nam of Montpellier was awarded the Order of Cultural Merit last year for her efforts in promoting Korea overseas by the Ministry of Culture, Sports and Tourism. 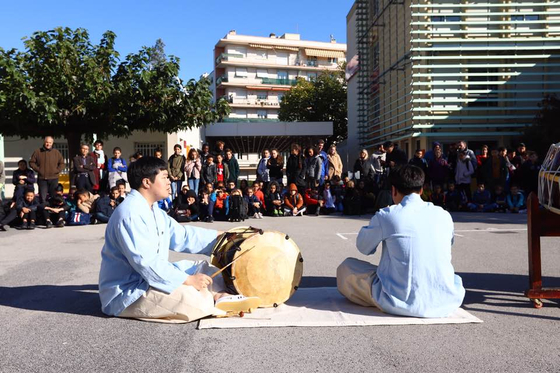 
The theme of this year will be “Identity and Technology.” The program has various Korean cuisine using herbs known as namul in store as well as a performance by the Sejong Korean Music Orchestra. A book review competition will be held on the 2016 best seller “Kim Jiyoung, Born 1982” by author Cho Nam-joo.

This year’s festival is scheduled to run from Nov. 13 to 24, also in Montpellier. Nam’s only concern is, to no one’s surprise, the coronavirus.

“Artists would have to be quarantined for two weeks after they have participated in the festival when they return to Korea,” said Nam. “Some teams will be willing to take the chance, but some won’t. I hope the Covid-19 pandemic will subside and more people will be able to make it.”

“Corée d’Ici” has definitely brought change to Montpellier. Since the first festival, two middle schools in the city have chosen Korean as the second language to teach in their school, as well as a high school that has started a Korean class for students. But a two-week festival isn’t enough, she says.

The following are edited excerpts of the interview between Nam and the JoongAng Ilbo, which took place in a restaurant in Jeongdong, central Seoul.

Q. How did you first propose the festival to the Montpellier city government?


A. I spent 20 years there as a dancer and always thought that I would like to make the best of my experience by spreading Korean culture. Montpellier is a city with a population of 280,000 people, and an educational city where the first medical school was established in Europe in the eighth century. It’s very open to other cultures and the interest in Korean culture is also rising. The 130th anniversary of diplomatic ties between Korea and France was approaching and I thought, “This is it.”

Q. How have you formed the programs?


A. There have been things like samulnori (traditional Korean percussion), film, exhibition, craft, tea drinking, kite flying and hansik (Korean food). The programs are diversifying. At first, I was focused on introducing what’s “ours,” but these days, I’m shifting the focus to collaboration between artists from both countries. Last year, Korea’s cartoon artist Baek Young-wook held a performance at the Montpellier Opera House with a local artist, and the feedback was so good. We will be putting on the performance once again this year, thanks to the artistic director of the Opera House’s offer.

Q. How do you decide on which programs to run?


A. I hope the festival can be a place to find growing talent, rather than introducing already famous people. I also hope the artists are open to collaborating with other artists. 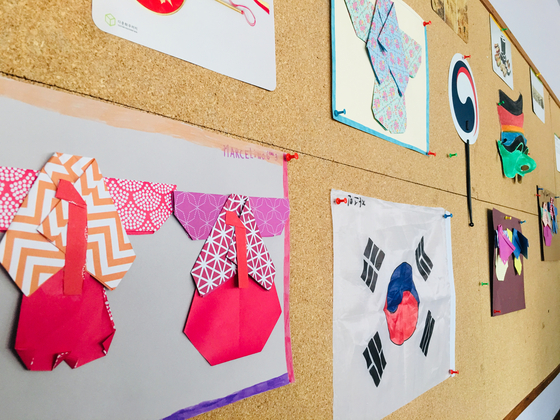 Q. How did you get the city government to take part?


A. I made the festival enjoyable to everyone — from children to the elderly. If there’s a performance at the Opera House, then there’s a friendlier program taking place at the community center or the plaza. It has to appeal to all citizens for the city government to get involved. And we don’t pay to rent for an expensive theater. We prepare for an excellent performance so that the theater buys our performance. This cartoon performance was done exactly like that.


A. There are limits to holding a two- to three-week festival out of the 365 days in a year to spread Korean culture. My dream is to hold a Korea-related culture and art program all around the year.